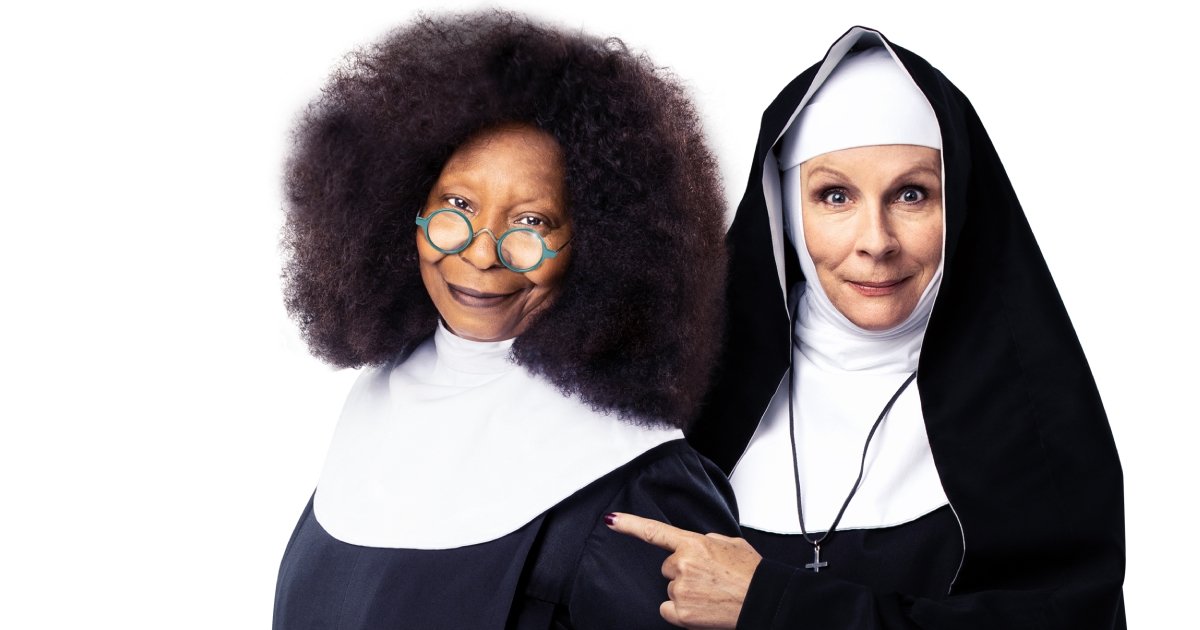 Due to current government guidelines resulting in a delay to the production, the producers of SISTER ACT announced today that performances in London and on tour have now been rescheduled.

Current ticket holders for the London run have been moved into the same seats for equivalent performances by day of the week for the 2021 run. Patrons will be able to use their current tickets for performances next year. Performance times remain unchanged. The Eventim Apollo Box Office and tickets agents will be in touch with patrons in the next 14 days. If you are a ticketholder you do not need to do anything. Your point of purchase will be in touch with you to confirm the new date for your booking.

In London, the show will star the previously announced Whoopi Goldberg as ‘Deloris Van Cartier’ and Jennifer Saunders as ‘Mother Superior’. Further casting for the London run will be announced soon.

Whoopi Goldberg, who is also one of the producers of Sister Act, said today, “We are thrilled with the overwhelming support from people all over the world who have been buying tickets for Sister Act. We are all disappointed not to be able to do the show this summer, but Jennifer and I can’t wait to see you all next year”.

Jamie Wilson said today, “Due to COVID-19, We have made the very difficult decision to reschedule our London run of Sister Act to 2021. By rescheduling the production exactly 12 months later to the same performance dates, meaning ticket holders keeping their same seats, we believe we have made the best decision open to us. I would like to thank the team at the Eventim Apollo, Whoopi, Jennifer and everyone involved with the show who have reworked their schedules to make this move possible. We can’t wait to open the convent next year and share this incredibly celebratory musical with you all”.

Whoopi Goldberg plays Deloris Van Cartier for the first time on stage having played the part in the hugely successful films Sister Act and Sister Act 2 – Back in the Habit. Whoopi is one of the few people to hold the distinction of winning the four major American awards – an Emmy, a Grammy, an Oscar and a Tony. As well as Sister Act, Whoopi’s other film credits include Ghost and The Color Purple. On TV she has hosted the Oscars four times and is a moderator and co-host on The View. On stage Whoopi has appeared in A Funny Thing Happened on the Way to the Forum and Xanadu on Broadway, Ma Rainey’s Black Bottom and her own acclaimed one-woman show.

Jennifer Saunders is a multi-award-winning actress, comedian and writer. She is one half of the successful comedy duo French and Saunders and also wrote and starred in five series, three specials and a feature film of her hit comedy Absolutely Fabulous. Her many other TV credits include writing and starring in Jam and Jerusalem and guest starring in Friends and Roseanne. Film credits include the voice of the evil Fairy Godmother in Shrek 2. On stage, she has appeared in Lady Windermere’s Fan at the Vaudeville Theatre and Blithe Spirit at Bath Theatre Royal and Duke of York’s Theatre in the West End. Sister Act the musical will mark Jennifer’s musical theatre debut.

Based on the iconic movie, this sparkling tribute to the universal power of friendship, sisterhood and music tells the hilarious story of the disco diva whose life takes a surprising turn when she witnesses a murder. Under protective custody she is hidden in the one place she won’t be found – a convent! Disguised as a nun and under the suspicious watch of Mother Superior, Deloris helps her fellow sisters find their voices as she unexpectedly rediscovers her own.