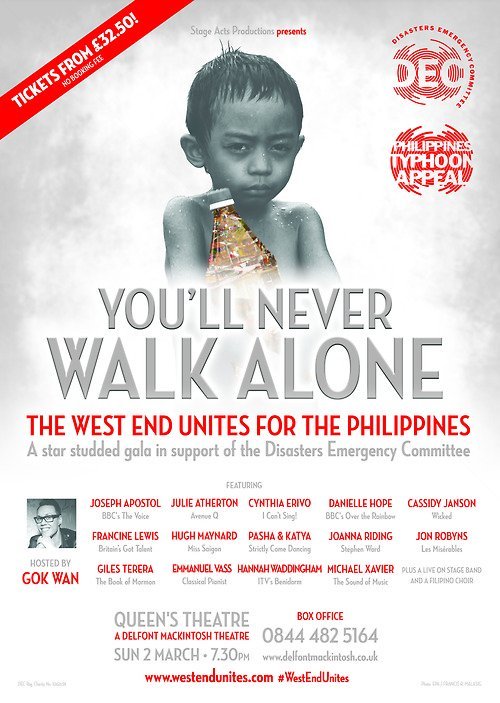 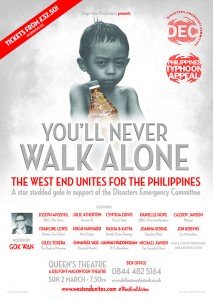 The West End is a wonderful place, with theatrical delights of every nature everywhere you look. Hordes of people flock there every year to take in a show and be entertained by our highly talented performers, and if it’s musical theatre that tickles your taste buds, then there’s choice aplenty. There are the long-running classics such as Les Miserables and The Phantom of the Opera. There are the film adaptions such as The Bodyguard and Billy Elliot. There are the family shows such as Charlie and The Chocolate Factory and The Lion King. There are the jukebox musicals such as Mamma Mia and We Will Rock You. These are just a few of the shows to be sampled in the West End; with such a wide variety of musicals to see, the theatre-going public are positively spoilt for choice.

The West End has much to offer away from its multitude of musical productions however. Its extracurricular activities include the many cabarets and concerts staged in its venues throughout the theatrical year. Having been to countless such events, I can attest to the standard of their entertainment value, and in comparison to the spectacle of fully-staged West End musical, the intimate and inviting atmosphere they evoke creates an equally enjoyable and memorable experience.

There are some exciting West End concerts on the horizon, each one of which has been dreamed up for different reasons. In acknowledgement of their excellent nature, I’ve dedicated my posts this week to a few of the shows which are coming up in March… starting with You’ll Never Walk Alone – The West End Unites for the Philippines.

An array of stars have come together for this one-night-only charity gala, which is being staged at the Queens Theatre on 2nd March 2014 in aid of the Philippines Typhoon Appeal. The impressive line-up features performers from the Philippines and the London stage. The cast features West End stars Joanna Riding (Stephen Ward), Hannah Waddingham (The Wizard of Oz), Hugh Maynard (Miss Saigon) and Michael Xavier (The Sound of Music), as well as Joseph Apostol from ITV’s The Voice. Further names were recently announced for the concert which includes Danielle Hope (Les Miserables), Cynthia Erivo (I Can’t Sing!) and Cassidy Janson (Lend Me A Tenor), in addition to Pasha and Katya from Strictly Come Dancing and Francine Lewis from Britain’s Got Talent.

A mini-reunion with some of the members of the original London company of Avenue Q is also taking place on the night, with Jon Robyns (Spamalot), Simon Lipkin (Rock of Ages) and Julie Atherton (Sister Act) all confirmed for the special performance with the likes of Princeton and Kate Monster.

Overseeing the event is host for the night, Gok Wan. The award-winning TV personality, fashion guru and author became a national treasure through his Channel 4 series How To Look Good Naked, and has gone on to present such follow-up shows as Gok’s Fashion Fix, Gok’s Clothes Roadshow and Gok’s Style Secrets. He recently made his theatre debut on the stage of the Birmingham Hippodrome in their pantomime production of Snow White and the Seven Dwarves, which was accompanied by the documentary Gok Does Panto.

The concert came about in response to the recent disaster of Typhoon Haiyan, which struck in the Philippines on 13th November 2013. One of the most intense tropical storms ever to make landfall, 14 million people were affected when coastal areas were devastated by torrential rain, winds in excess of 140mph and flooding of up to 15 feet. 590,000 homes were destroyed during the storm, which led to over 4 million people being forcibly displaced. All proceeds from the night will go towards supporting the Philippines Typhoon Appeal by the Disasters Emergency Committee (DEC), which raises money through a combination of 14 UK charities in order to reach those in need as fast as possible. The funds raised through You’ll Never Walk Alone will help survivors rebuild their lives, contributing to the ongoing need for emergency shelter, clean water and food.

DEC Chief Executive Saleh Saeed said: “We have been overwhelmed by the support for our Philippines Typhoon Appeal but even in that context the gala performance of You’ll Never Walk Alone promises to be a real highlight. It is wonderful to have a cast that includes so many Filipino performers as well as stars of the stage and screen. We are extremely grateful to the cast, crew, producer Paul Spicer and to Cameron Mackintosh and Delfont Mackintosh Theatres for their respective roles in bring together this wonderful event.”

The concert is being produced by Paul Spicer and Matt Firth for Stage Acts Productions, with Delfont Mackintosh Theatres supporting the event by providing the stage of the Queens Theatre for the charity gala event. The venue is home to Cameron Mackintosh’s smash hit musical Les Miserables, which features the music and lyrics of Claude-Michel Schonberg and Alain Boublil. The composing duo also worked with him on another wildly popular musical, Miss Saigon, which was set in Vietnam and featured performers from the Philippines, most notable with the musical’s original star Lea Salonga who made her name through playing Kim. Speaking about the concert, Mackintosh said: “The Philippines have been a special part of my life ever since Claude-Michel Schönberg, Alain Boublil and I first went there 25 years ago to cast the original production of Miss Saigon. As well as being an exceptionally talented nation, the people we have met are also warm, generous and good-hearted human beings who have become our friends the world over. The recent terrible natural disaster there has affected so many people and along with the international aid, I am only too happy to offer the use of the Queen’s Theatre for a fund raising performance led by stars of the Philippines and the West End to help gather as much money as possible for those in desperate need.”

Concerts like these provide the dual-appeal of a highly entertaining evening and the opportunity to lend a helping hand to a worthy charitable cause. The motivation for attending such an event is by-the-by; someone who just wants to be entertained will still be supporting the DEC and the survivors of Typhoon Haiyan through the action of purchasing a ticket. You’ll Never Walk Alone – The West End Unites for the Philippines is offering its audience the chance to help enrich the lives of the Philippine people affected by the disaster as well as seeing a top line-up of performers. All involved should be commended for their contributions. 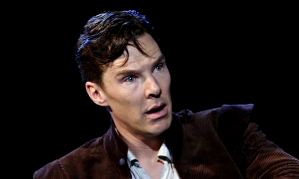 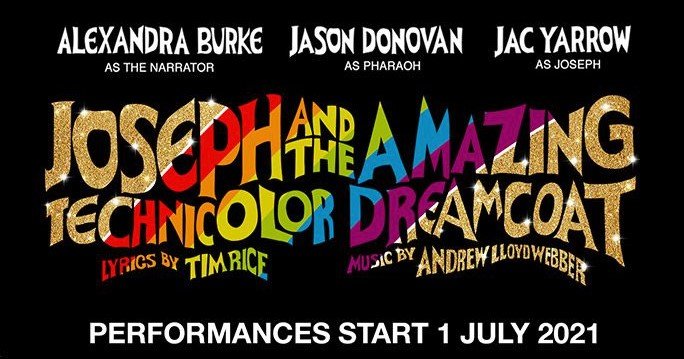 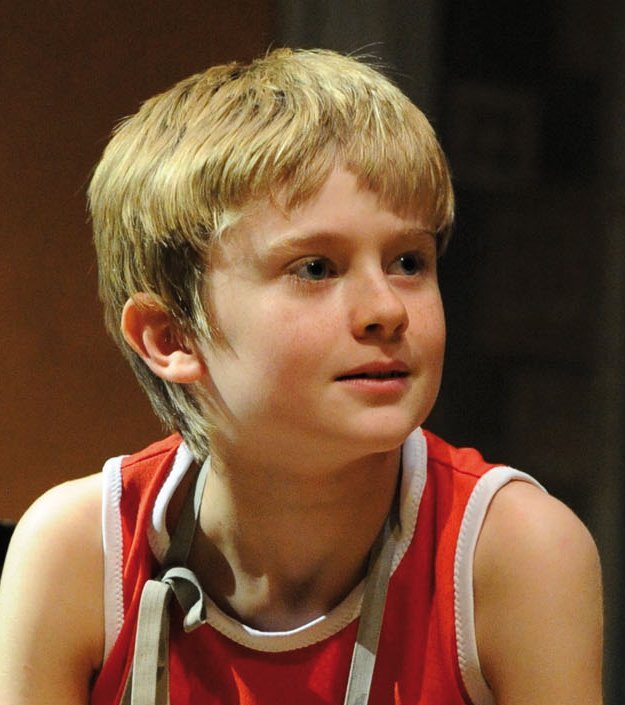 Scott McKenzie from Dumbarton, Scotland is 13 years old. He likes maths and swimming. His favourite actor is Gerard Butler and his favourite film is ‘Law Abiding Citizen’.  He has got an 11-year-old (!) ‘hook a duck’ funfair goldfish called Frankie. His favourite meal? “My Mum’s homemade chicken fajitas.” A lovely and, I’d like to…