to death by his lover in his home in Islington with 9 hammer blows to his head in 1967. His murderer Kenneth Halliwell then committed suicide by overdosing on tablets.

The script of What The Butler Saw was found under Orton’s bed after his death. The play made its debut in the West End in 1969.

During his writing career, Orton was known for pushing boundaries and being as outrageous and shocking as he was humorously entertaining.

Orton’s mischievous farce What the Butler Saw centres round a chaotic day in a doctor’s surgery. It is a stark reminder how much times seem to have changed since 1960s’ Britain, and have changed for the better. It’s hard to imagine the 1960s audiences’ perspective on this piece, but there were laughs aplenty with the contemporary audience watching Sean Foley’s revival at the Vaudeville Theatre.

Typically of a farce we see many doors opening and slamming, characters hiding, misunderstandings, mistaken identities, clothes swapping, and in this case, even gender swapping and nudity!

Tim McInnerny steals the show as the slimy Dr Prentice whose day just gets worse and worse. Samantha Bond is in strident form as his vociferous wife who gets caught up in all the mayhem. Georgia Moffett plays the unfortunate Geraldine Barclay who doesn’t expect a job interview for a secretary to lead to disastrous consequences for her. Omid Djalili is Dr Rance trying to make sense of the events unfolding around him, with totally the wrong conclusions. Good-looking Nick Hendrix’ a sprightly bell boy’ and policeman Jason Thorpe both bring much to the action.

As we see these characters slowly unravelling from the stress of all the havoc, it’s hard to think how all this pandemonium can resolve itself. However things do become clear in the end, with a surprising outcome.

What the Butler Saw may have lost its shock factor, but it hasn’t lost its enjoyment factor. 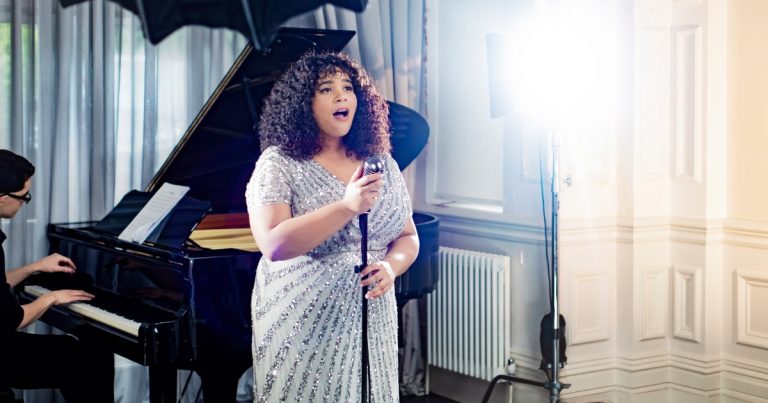