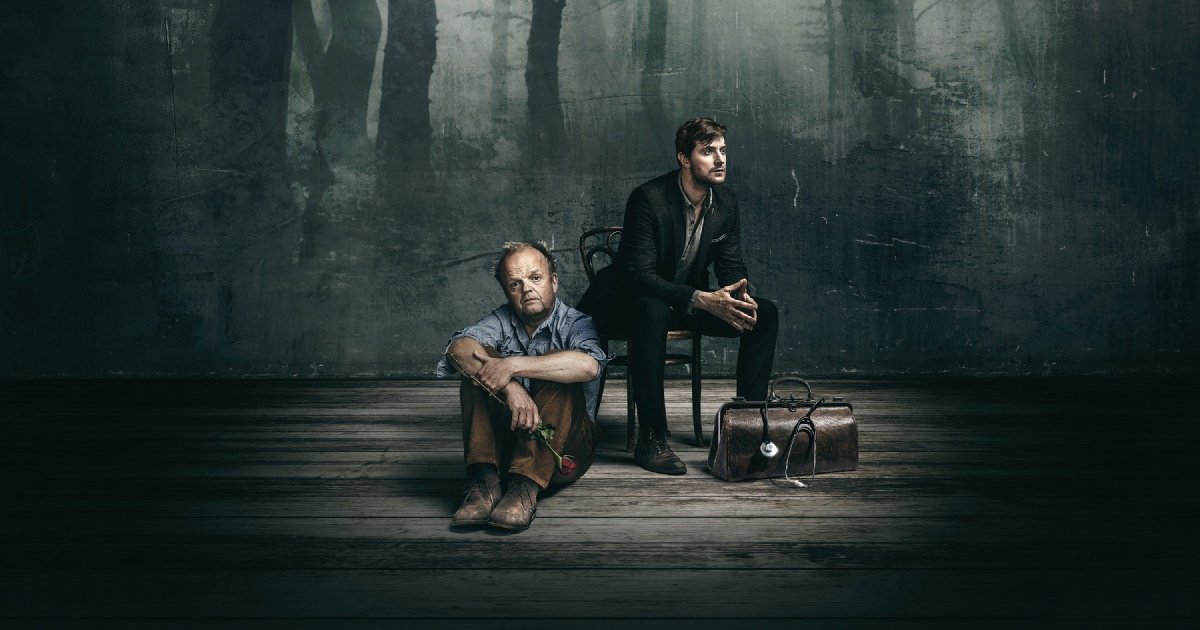 In the heat of summer, Sonya and her Uncle Vanya (Toby Jones) while away their days on a crumbling estate deep in the countryside, visited occasionally only by the local doctor Astrov (Richard Armitage).

However, when Sonya’s father suddenly returns with his beautiful new wife declaring that he intends to sell the house, the polite facades crumble and repressed feelings start to emerge with devastating consequences.

Olivier Award-winner Conor McPherson’s stunning new adaptation of the Anton Chekhov masterpiece, Uncle Vanya, is a portrayal of life at the turn of the 20th century, full of tumultuous frustration, dark humour and hidden passions. Critically acclaimed director Ian Rickson returns to Chekhov for the first time since his landmark production of The Seagull in 2007, reuniting with BAFTA and Olivier Award-winner Toby Jones (The Birthday Party) alongside Richard Armitage, who returns to the UK stage six years after his Olivier Award-nominated performance in The Crucible. Uncle Vanya is the eleventh collaboration between Ian Rickson and Sonia Friedman Productions, with previous productions including Rosmersholm, Jerusalem, The River, Betrayal and The Children’s Hour.

Uncle Vanya is designed by Rae Smith, with lighting by Bruno Poet, music by Stephen Warbeck, sound by Ian Dickinson and casting by Amy Ball CDG. Full casting will be announced soon.

British actor Toby Jones will play the title character of Uncle Vanya. He is known for his performances both in the theatre and on screen. Earlier this year he starred in Don’t Forget The Driver, a series he co-wrote with Tim Crouch for BBC Two. Toby has recently been cast in Louis Wain alongside Benedict Cumberbatch and Claire Foy and in The Sands of Venus. He has newly finished filming A Boy Called Christmas and The Last Thing He Wanted, written and directed by Oscar nominated Dee Rees.

This Autumn Toby will return to the Royal Court Theatre in Glass. Kill. Bluebeard. Imp; four plays written by Caryl Churchill and directed by James Macdonald. He will also voice the role of The Reverend Chasuble for the animated adaptation of Oscar Wilde’s The Canterville Ghost and can currently be seen in the Netflix prequel series The Dark Crystal: Age of Resistance.

In 2018 Toby appeared in the revival of Harold Pinter’s The Birthday Party. He went on to star on screen in French comedy film Naked Normandy for Philippe le Gay, Lionsgate’s World War One Drama Journey’s End and the blockbuster, Jurassic World: Fallen Kingdom.

The role of Astrov will be played by Richard Armitage. Richard is a multi-award-winning stage and screen actor best known for his role of Thorin in Peter Jackson’s trilogy of The Hobbit and more recently as Daniel Miller in Epix Berlin Station, as well as Claude Becker in Oceans 8. Armitage also voices Trevor Belmont in the Netflix series Castlevania & Logan in Marvel’s Wolverine podcast. Richard recently shot independent The Lodge, directed by Severin Fiala & Veronika Franz which premiered at Sundance, and was just in Toronto where he was promoting independent feature My Zoe, written and directed by Julie Delpy. Armitage has just wrapped shooting the lead in serialized thriller The Stranger for Netflix/Red Productions. Written by Harlan Coben, based on Coben’s #1 New York Times best-selling novel of the same name. In theatre, Richard is well known for his critically acclaimed performance as John Proctor in The Crucible at the Old Vic Theatre. He was nominated for an Olivier Award for his performance. Richard’s leading role in the Off-Broadway play, Love Love Love directed by Michael Mayer also garnered critical acclaim.

Ian Rickson was the Artistic Director of the Royal Court from 1998 to 2006, where he directed The River (also Broadway) Jerusalem (also West End and Broadway), The Winterling, The Night Heron and Mojo (also Chicago), all by Jez Butterworth; Not Not Not Not Not Enough Oxygen and This is a Chair by Caryl Churchill; Dublin Carol and The Weir by Conor McPherson (also Dublin, Chicago, West End and Broadway); The Seagull by Anton Chekhov (also Broadway); Krapp’s Last Tape by Samuel Beckett; Alice Trilogy by Tom Murphy; The Sweetest Swing in Baseball and Boy Gets Girl by Rebecca Gilman; Fallout by Roy Williams; Mouth to Mouth by Kevin Elyot; The Lights by Howard Korder; Pale Horse and Some Voices by Joe Penhall; Ashes and Sand by Judy Upton and Killers by Adam Pernak.

In the West End, Rickson has directed Edward Albee’s The Goat or Who is Sylvia? (Theatre Royal Haymarket); Rosmersholm (The Duke of York’s Theatre); The Birthday Party, Old Times, Betrayal and The Children’s Hour (all at the Harold Pinter Theatre); and at the National Theatre, Translations by Brian Friel, Evening at the Talk House by Wallace Shawn, The Red Lion by Patrick Marber, The Hothouse by Harold Pinter and The Day I Stood Still by Kevin Elyot. Productions at the Old Vic include Electra by Sophocles. Productions at the Young Vic include The Nest, Now We Are Here and Hamlet. Productions at The Almeida Theatre include Against by Christopher Shinn and Parlour Song by Jez Butterworth.

Work on screen includes Fallout (Company Pictures for Channel 4) and Krapp’s Last Tape by Samuel Beckett (BBC4) and on radio In Therapy (BBC Radio 4). Rickson also works with PJ Harvey and Kate Tempest on their music and poetry shows.

SONIA FRIEDMAN PRODUCTIONS (SFP) is an international production company responsible for some of the most successful theatre productions in London and New York.

Since 1990, SFP has developed, initiated and produced over 170 new productions and together the company has won a staggering 55 Olivier Awards, 30 Tonys and 2 BAFTAs.

In 2019, Sonia Friedman OBE was awarded ‘Producer of the Year’ at the Stage Awards for a record breaking fourth time. In 2018, Friedman was also featured in TIME 100, a list of Time magazine’s 100 Most Influential People in the World. In 2017 she took the number one spot in ‘The Stage 100’, becoming the first number one in the history of the compilation not to own or operate West End theatres and the first solo woman for almost 20 years.

Current productions include: the UK premiere of The Book of Mormon, West End and UK & European tour, Harry Potter and the Cursed Child in London, New York and Melbourne, Mean Girls at the August Wilson Theatre, New York, Fiddler on the Roof at the Playhouse Theatre, London and The Inheritance, New York

Forthcoming productions include: Harry Potter and the Cursed Child in San Francisco, Hamburg & Toronto and the world premiere of Tom Stoppard’s new play Leopoldstadt at Wyndham’s Theatre, London and The Inheritance on Broadway

Previous theatre productions include: Rosmersholm, The Ferryman, The Inheritance, Summer and Smoke, Dreamgirls, The Jungle, All About Eve, Consent, The Birthday Party, Ink, Hamlet starring Andrew Scott, Our Ladies of Perpetual Succour, Who’s Afraid of Virginia Woolf?, Travesties, The Glass Menagerie, Nice Fish, A Christmas Carol, Funny Girl, Farinelli and The King, Hamlet starring Benedict Cumberbatch, 1984, Sunny Afternoon, Bend It Like Beckham, The Nether, The River, Electra, King Charles III, Shakespeare in Love, Ghosts, Mojo, Chimerica, Merrily We Roll Along, Old Times, Twelfth Night and Richard III, A Chorus of Disapproval, The Sunshine Boys, Hay Fever, Absent Friends, Top Girls, Betrayal, Much Ado About Nothing, Clybourne Park, The Children’s Hour, A Flea in Her Ear, La Bête, All My Sons, Private Lives, Jerusalem, A Little Night Music, Legally Blonde, Othello, Arcadia, The Mountaintop, The Norman Conquests, A View From the Bridge, Dancing at Lughnasa, Maria Friedman: Re-Arranged, La Cage aux Folles, No Man’s Land, The Seagull, Under the Blue Sky, That Face, Dealer’s Choice, Hergés Adventures of Tintin, In Celebration, Boeing-Boeing, The Dumb Waiter, Rock ‘n’ Roll, Love Song, Faith Healer, Bent, Eh Joe, Donkeys’ Years, Otherwise Engaged, Celebration, Shoot the Crow, As You Like It, The Home Place, Whose Life Is It Anyway?, By the Bog of Cats, The Woman in White, Guantanamo: ‘Honor Bound to Defend Freedom’, Endgame, Jumpers, See You Next Tuesday, Hitchcock Blonde, Absolutely! {Perhaps}, Sexual Perversity in Chicago, Ragtime, Macbeth, What the Night Is For, Afterplay, Up for Grabs, A Day in the Death of Joe Egg, Noises Off, On an Average Day, A Servant to Two Masters, Port Authority, Spoonface Steinberg and Speed-The-Plow. 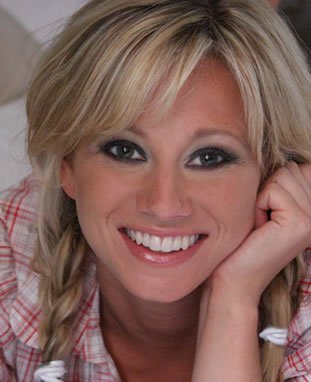 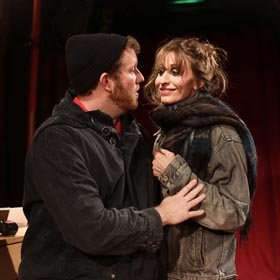