Love is in the air with Valentine’s Day just around the corner, so if romance and PDA’s aren’t your cup of tea, it might be best to barricade the doors and windows and stay at home this Saturday. I’m not the hugest fan of the day, but I have nothing against those who do buy into the ‘hearts and flowers’ of it all; after all, a day dedicated to the celebration of love can’t be a bad thing when there are people still subjected to inequality, hate and prejudice because of who they choose to love.

Couples in long-term relationships tend to be more immune to the effects of the Love-Bug’s bite on Valentine’s Day than those in the first throes of romance. There’s nothing more exhilarating than those early days when everything is new and exciting and (hopefully!) passionate, and the heady mix of nerves and anticipation that accompanies a first date is unlike any feeling in the world. It can be a fantastic experience, and even the first step towards lifelong love and happiness – or not.

Everyone has a horror story about the worst first date they ever had, and location, location, location can be a very important factor in whether it’s likely to go well or fall flat on its face. Following that line of thought, I’ve often wondered whether a trip to the theatre for a first date is a good idea or not.

I’ve never been taken to the theatre on a first date, but one of my exes did take me to the O2 Arena to see comedian Russell Brand’s Scandalous show – the relationship continued for another four months after that. The whole night was filled with laughter and gave us plenty to talk about afterwards, so in that instance, it was a good choice on his part I suppose. It could have gone the other way though, if we hadn’t shared a similar sense of humour and gotten along with one another as well as we did.

The enjoyment of going to the theatre is a matter of individual taste, and the things one person loves in a show could be the very things another hates in it. Deciding to take someone to a play or musical on a first date should firstly depend on whether they even like the theatre however. It’s not a typical choice for a first date, and is most likely to be a success if the lucky guy or gal is already a theatre-fan as the experience is not everyone’s idea of a good time. Two and a half hours of sitting in the dark in boredom is not going to do anyone any favours in the love department!

Going on the understanding that both people on the date are theatre-goers, the next hurdle is in the choice of show to see. First of all, play or musical? Then, comedy or drama? Family friendly or adults-only content? There is so much variety in theatre that it seems an impossible task to pick which production is the best option for setting the scene of romance on that first date. You may think The Book of Mormon is the best show around and sure to be great first date material, but your idea of hilarity may not match theirs and they may very well not appreciate the ‘subtlety’ of the humour in BoM. If you’re laughing hysterically at the line, ‘I have maggots in my scrotum’, and they’re cringing in disgust, you’re probably not going to be getting that good night kiss at the end of the date, or ever seeing them again as point of fact. Similarly, weeping at a hard-hitting dramatic production while your date sits there dry-eyed is probably not going to endear you to them either. There are a million more ways a theatrical first date could end up being the worst idea you’ve ever had. Sitting together in silence for the duration of the show is probably not the best way to get to know someone anyway, and if you are a regular theatre-goer, having someone try and make conversation during the performance is a sure-fire way to kill any ideas of romance. Talking during a show is a big no-no, as is such other common annoyances as eating and using a mobile. Being on a date with a bad audience member is not likely to lead to romance.

It doesn’t have to mean that you should never go to the theatre on a first date. If you’re both theatre fans, see the right show and discover yourselves to be very like-minded people, then it could just be the best way to begin a long-lasting relationship. 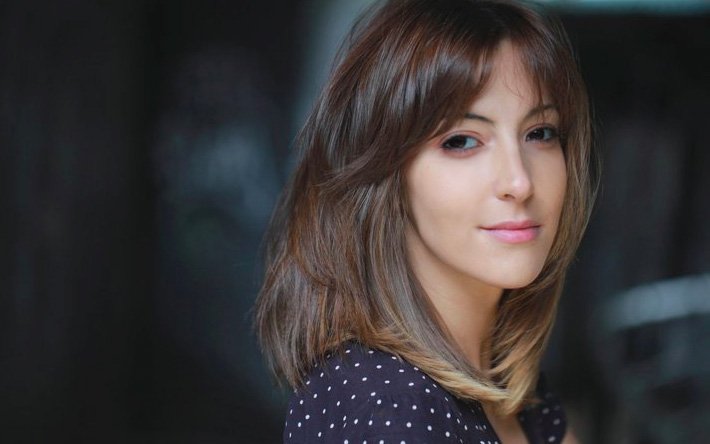