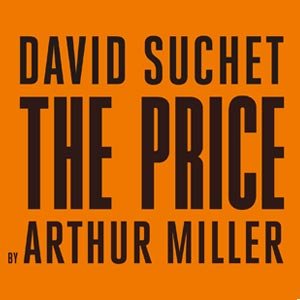 Two brothers, Victor and Walter Franz, one a New York cop nearing retirement, the other a successful surgeon meet for the first time in sixteen years to sell their family furniture stored in the attic of a condemned New York brownstone. Revelation follows stunning revelation as each brother realises the price they have paid for heart-breaking decisions made decades earlier.

Overseeing the psychological battlefield is the wily veteran appraiser, Gregory Solomon, who has his own demons to conquer as well as securing the best possible price for the Franz family possessions.

David Suchet, revisiting the work of Arthur Miller after his legendary award-winning performance in All My Sons, plays Gregory Solomon. He is joined by Brendan Coyle (Mr Bates in Downton Abbey), Adrian Lukis and Sara Stewart who plays Esther Franz, Victor’s wife.

This fiftieth-anniversary production of Arthur Miller’s richly affecting play – which, like his better-known works, mines his preoccupation with the pleasures and perils of the American Dream – transfers from a sell-out run at the Theatre Royal Bath where it was hugely acclaimed by critics and audiences alike. 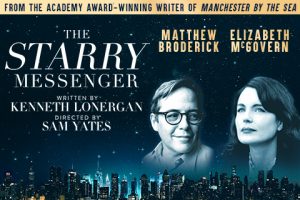 In the vastness of the universe are we all just lonely souls under the same night sky?

Mark Williams is lost. An astronomer at New York City’s Planetarium, he feels a closer connection to the infinite, starry sky than to his job or even to his wife, Anne. Mark doesn’t believe in fate or divine intervention, but the universe has other ideas.

After a chance meeting with Angela, a young single mother, Mark feels starry-eyed. But when a catastrophic event rips through their lives, Mark is forced to re-evaluate his life, his faith and his place in the universe itself.

Starring Matthew Broderick (Ferris Bueller’s Day Off, Mel Brooks’ The Producers), and Elizabeth McGovern (Downton Abbey, The Handmaid’s Tale), this bittersweet, comic drama is an unblinking exploration of love, hope and understanding our place in the universe, by one of the most celebrated writers working today.

Charles Wyndham had always thought of building a theatre of his own and through the esteem thought of him by a patron and the financial trust of friends, he was able to bring to fruition his dream when Wyndham’s Theatre, designed by W G R Sprague opened in Aldwych Road on 16th November 1899, with the Prince Of Wales present. The first play performed here was a revival of T W Robertson’s David Garrick.

In 1910 Gerald du Maurier began an affiliation with the theatre which was to last for fifteen years and would include the stage debut of screen goddess Tallulah Bankhead. Du Maurier’s daughter, Daphne, frequently watched her father perform from the wings and thirty years later, on the same stage, she would put on her play, The Years Between. 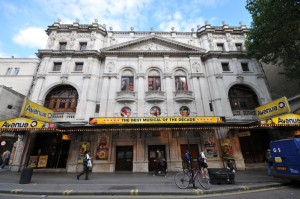 In January 1954 a small-scale musical medley, which was originally from the small Players Theatre came here. Sandy Wilson’s The Boy Friend ran for 2078 performances ahead of transferring to Broadway. In the sixties and early seventies, the theatre provided a setting for theatre greats such as Alec Guinness, Vanessa Redgrave and Diana Rigg. Arriving in 1972 was Godspell, with the original cast including David Essex, Marti Webb, Jeremy Irons, Julie Covington.

More recent times have seen, many discerned productions, including the world premiere of Arthur Miller’s The Ride Down Mount Morgan and the British premiere of Edward Albee’s Three Tall Women. Twenty-five years after her stage debut here, Diana Rigg returned to play Medea in a successful season.

Art, the critically acclaimed comedy, began its record-breaking run in 1996 with Albert Finney, Tom Courtenay and Ken Stott. Madonna made her West End debut at Wyndham’s performing in a sell-out production of Up For Grabs.