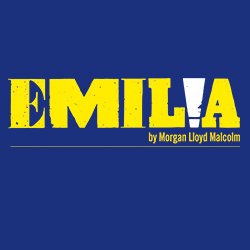 1609 I AM EMILIA. Writer. Wife. Lover. Mother. Muse. I am unheard. I want education, equality, opportunity, respect. For us all. We want choice. We want a voice. 2019 WE ARE EMILIA. 400 years ago, Emilia Bassano wanted her voice to be heard. It wasn’t. Her story is still our story. Emilia and her sisters reach out to us across the centuries with passion, fury, laughter and song. Listen to them. Let them inspire and unite us. Times are finally changing. Not fast enough. It’s up to you. We are all Emilia. Stand up alongside her and be counted.

Vaudeville Theatre
The first theatre, which had a capacity of 1,000 people, opened in April 1870 under the management of H J Montague, David James and Thomas Thorne. The architect was C J Phipps. The first production was a comedy by Andrew Halliday called For Love or Money. The auditorium was horseshoe shaped and built behind two houses, leaving little room for the provision of a foyer or, for that matter, any dressing rooms for the cast. The theatre had plays with many notable stars of the day including Henry Irving, and enjoyed several long runs including a record-breaking 404 performances for a revival of The School for Scandal starring Henry Neville (1872) and 1,362 performances of Our Boys by H J Byron (1875).

By 1889 Thomas Thorne had become sole lessee and expanded the theatre onto the Strand. C J Phipps was once again commissioned, building the Portland stone facade behind which the foyer and visitor facilities were built. The theatre reopened on 13 January 1891 with a production of Woodbarrow Farm; subsequent productions included the first performances given in England of Ibsen’s Rosmersholm and Hedda Gabler (1891). 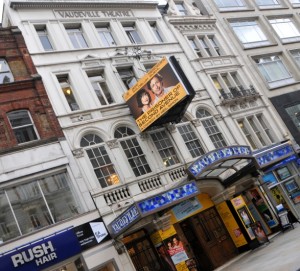 Thorne sold his interest after only a year to Agostino and Stephano Gatti who acquired the theatre to avoid a legal wrangle with Thorne over the noise made by an electric generating station they had developed off Maiden Lane. The Gattis survived by producing further revivals and comedies, then joining forces with Charles Frohman to present a series of long runs with Seymour Hicks and Ellaline Terris including Alice in Wonderland (1900), Scrooge (1901) and J M Barrie’s Quality Street (1902). Charles Hawtrey also appeared in several successful comedies between 1907 and 1909 but, most famously, from 1915 the theatre became the home of André Charlot’s revues with names such as Buzz-Buzz (1918) and Puss! Puss! (1921). Ivor Novello found early success providing material for Charlot in these productions. The Gattis closed the theatre in 1925 for a complete interior reconstruction by architect Robert Atkinson and the builders Bovis Ltd.

The first performance in the current building was a revue by Archie de Bear called R.S.V.P. in February 1926. Other productions of the time included Jack Hawkins and Dame Peggy Ashcroft in The Breadwinner, Sir John Mills in a play by his wife, Mary Hayley Bell, Men in Shadow (1942), and Dame Thora Hird in her West End debut, No Medals (1944). 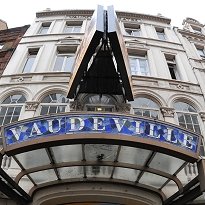 In 1954 the opening of Salad Days by Dorothy Reynolds and Julian Slade ran for 2,288 performances. Other productions of note include Sybil Thorndike and Athene Seyler in Arsenic and Old Lace (1966), The Man Most Likely To (1968) with Leslie Phillips, Alastair Sim (and an early male full-frontal nude) in A Private Matter (1973), a play about STDs (then known as VD) with Dame Maggie Smith called Snap (1974), Glenda Jackson in Stevie (1977), Michael Frayn’s Benefactors (1984), Joanna Lumley in Blithe Spirit (1986), Julia Mackenzie in an award-winning performance in Alan Ayckbourn’s Woman in Mind (1986), Pauline Collins as Shirley Valentine (1988), David Hare’s Skylight (1997), the award-winning South African musical from the Tricycle Theatre Kat and the Kings (1998), Bill Kenwright’s production of The Chiltern Hundreds (1999) and Alison Steadman in The Memory of Water (1999).

The last decade began with Macauley Culkin in Madame Melville (2000) and a sequel to Ray Cooney’s Run for Your Wife called Caught in the Net (2001).

Part of the Vaudeville’s success lies in the fact that it has only had five owners since 1892; the Gatti family retained ownership until 1969 when impresario Peter Saunders, probably best known as the producer of Agatha Christie’s The Mousetrap, took over. He handed it over to theatre producer Michael Codron in 1983 who presided over a varied programme of major plays and musicals until Sir Stephen Waley-Cohen bought the theatre in 1996.