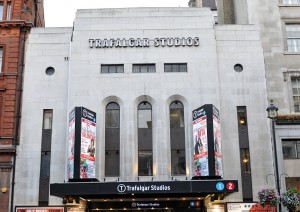 The first theatre on the site was The Whitehall Theatre, which originally opened in 1930 with a transfer of The Way to Treat a Woman by Walter Hackett (who was also the theatre’s licensee), with several more successful plays of his own until departing in 1934. The theatre continued to enhance its reputation for popular modern comedies throughout the 1930s.

During The Second World War, the tried and tested formula was rejected in favour of revue shows, which were very popular in the West End at that time. 1942 saw the launch of The Whitehall Follies, featuring a non-stop performance by Phyllis Dixey, and audiences flooded in, mostly due to the fact that the celebrated Miss Dixey was the first stripper in the West End! 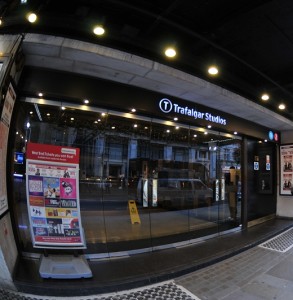 In 1969 the nude revue called Pyjama Tops played at the venue and stayed for five years, after which the theatre went dark.

In the 1980s under Ian B Albery, there was considerable refurbishment to match the new regime of high quality theatre. Much of the building’s unique art deco features were kept, and the Whitehall reopened with a successful revival of J B Priestley’s When We are Married, on Wednesday 5th March 1986.

Some of the shows featuring in the late eighties and early nineties at Trafalgar Studios was; Run for Your Wife, Alan Ayckbourn’s Absurd Person Singular and A Tribute to the Blues Brothers, Cooking With Elvis starring Frank Skinner, Only the Lonely, Trainspotting and John Godber’s Bouncers.