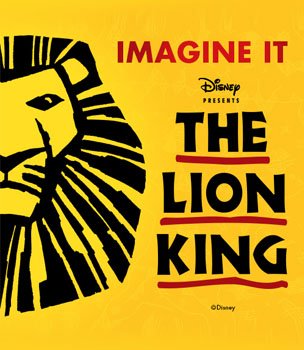 The award-winning The Lion King musical is based on the Disney animated film.

Directed by Julie Taymor, The Lion King includes actors and actresses in animal costumes, together with the use of puppetry.

As soon as Simba is born, his evil uncle Scar is put back to second in line to the throne. Scar plots to kill Simba and his father, King Mufasa, before proclaiming himself King. Simba manages to survive the plot. He is however deceived into believing that his father has died and it is his fault, so he decides to flee the kingdom.

The musical has a number of differences and additions in the story line compared to the film.

Songs include:
Circle of Life, The Morning Report, The Lioness Hunt – I Just Can’t Wait to Be King, Chow Down, They Live in You, Be Prepared, Hakuna Matata, One by One, The Madness of King, Shadowland, Endless Night, Can You Feel the Love Tonight, He Lives in You (Reprise), King of Pride Rock, Circle of Life (Reprise) 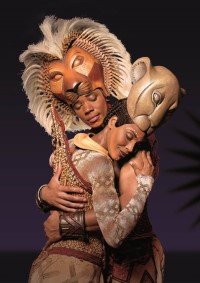 Age Restrictions: The Lion King is recommended for children aged 7 and over. Under-3s will not be admitted.
Show Opened: 12th October 1999 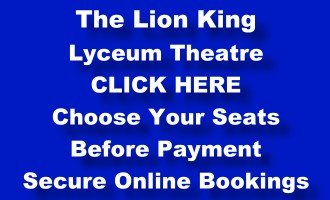 Important Information:
PLEASE NOTE: strobe lighting is used several times during the performance. Children under the age of 3 will not be admitted. Children over 3 will be admitted, but they must be able to sit in their own seat quietly throughout the performance. If they become restless, they may be asked to leave the auditorium.

History of The Lion King Musical
The Lion King is a musical based on the 1994 Disney animated film of the same name with music by Elton John and lyrics by Tim Rice together with the musical score created by Hans Zimmer with choral arrangements by Lebo M Directed by Julie Taymor, the musical features actors in animal costumes as well as large, puppets. The show is produced by Disney Theatrical.
The Lion King Musical made its debut on 8th July 1997, in Minneapolis, Minnesota at the Orpheum Theatre, and was an instant success before it transferred to Broadway’s New Amsterdam Theater with previews from 15th October 2997, and the official opening on 13th November 1997.

In London, the show had previews from 24th September 1999, and opened in the West End at the Lyceum Theatre on 19th October, 1999.