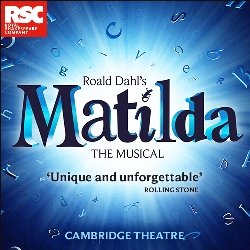 Following a sensational sell-out season at The Courtyard Theatre, the RSC’s production of MATILDA THE MUSICAL moved to the Cambridge Theatre in London’s West End in October 2011.

Roald Dahl’s much-loved story bursts into life on stage in this new and innovative musical version by Dennis Kelly and award-winning musician and comedian Tim Minchin. Adults and children will be enchanted and thrilled by this brilliant story of a special young girl with an extraordinary imagination.

Matilda’s parents think she is only a nuisance, but she thinks, rightly so, they are only interested in watching television. Life is not any better at school, where the frightening headmistress Miss Trunchbull scares students and teachers. Until one day Matilda realizes that she has a special power and decides that it is time for the grown-ups to be taught a lesson, as the children revolt… 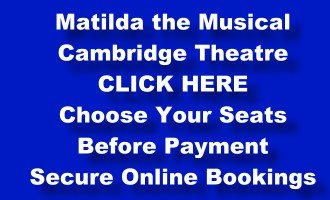 Evenings: Tuesday 7.00pm, Wednesday to Saturday 7.30pm
Matinees: Wednesday and Saturday 2.30pm and Sunday 3.00pm
Running Time: 2 hours 40 minutes
“Matilda The Musical is recommended for a general audience. As an advisory to adults who might bring young people, the show is suitable for ages 6 and up. All persons entering the theatre, regardless of age, must have a ticket. Babes-in-arms are not admitted to the auditorium.  All children must be old enough to occupy their own seats.”

Matilda The Musical
Matilda is a children’s novel by British author Roald Dahl, first published in 1988, with illustrations by Quentin Blake. The story is about Matilda Wormwood, an exceptional child with ordinary and rather unpleasant parents, who are disdainful of their daughter’s extraordinary talents. 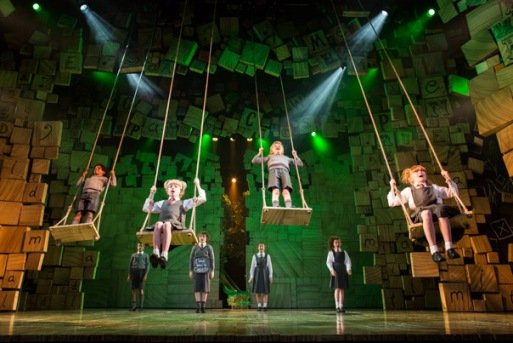 The book was adapted into an audio reading by Joely Richardson, followed by a film in 1996, and a two-part adaptation for BBC Radio. In 2010 it was adapted into a musical, where it premiered at the RSC’s The Courtyard Theatre in Stratford-upon-Avon in November 2010, playing to sold-out audiences before transferring to London’s West End, opening at the Cambridge Theatre in October 2011.

Matilda The Musical went on to smash theatreland records when it won a total of seven awards at the 2012 Laurence Olivier Awards, gaining its place in the Book of Guinness World Records for Most Laurence Olivier award wins.

In Spring 2013 Matilda The Musical opened on Broadway at the Shubert Theatre produced by the RSC and the Dodgers.

Book tickets online or by telephone for Matilda the Musical at the Cambridge Theatre London.