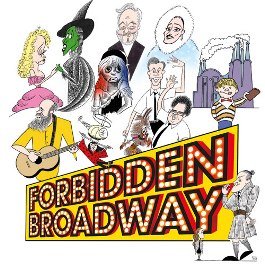 Forbidden Broadway has muscled its way into the dazzling West End. For eleven weeks only, the funniest show in London lands at the Vaudeville Theatre and prepares to unleash its wicked humour on anyone and any show in its sights.

The multi-award-winning show has been an unstoppable force in New York theatre since 1982. It mercilessly, hilariously and with pinpoint accuracy lampoons musical theatre’s current big hits.

This updated London production of the show by its Broadway director Phillip George showcases some of the best productions from both Broadway and the West End, including The Book Of Mormon, Once, Matilda, Charlie and The Chocolate Factory and Miss Saigon.

The fall-down funny musical roast has picked up 9 Drama Desk Awards, a Special Tony®, an Obie, a Lucille Lortel and Drama League Award. Now in the West End at last, it features outrageous costumes, hilarious rewrites of the songs you know, and dead-on impressions by a stellar cast.

Whether you’re a seasoned theatregoer or new to Broadway and West End musicals, Forbidden Broadway is your one-stop ticket to non-stop laughs. This sensational success comes direct from a sold-out run at the award-winning Menier Chocolate Factory.