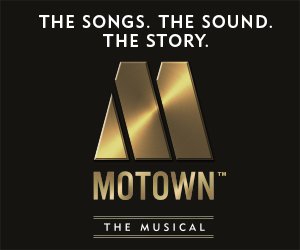 With just $800 borrowed from his family, Motown founder Berry Gordy, goes from featherweight boxer to heavyweight music mogul, discovering and launching the careers of Diana Ross and the Supremes, Michael Jackson and the Jackson 5, Stevie Wonder, Smokey Robinson and the Miracles, Marvin Gaye and many more. Motown The Musical uncovers the story of the legendary record label that changed music history and created the soundtrack of a generation.

Featuring an eighteen piece orchestra playing 50 Motown tracks including “My Girl”, “Dancing In The Street”, “Ain’t No Mountain High Enough” and “I Heard It Through The Grapevine”, Motown The Musical is a musical sensation with real soul. 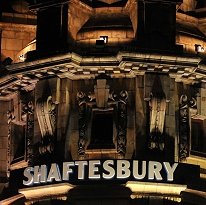 The original theatre on the site was designed for the brothers Walter and Frederick Melville by Bertie Crewe and opened on 26th December 1911 as The New Prince’s Theatre with a production of The Three Musketeers, and becoming the Prince’s Theatre in 1914. At that time the theatre had a seating capacity of 2392 and a stage that had a width of 31 feet 10 inches and a depth of 31 feet.

Situated near New Oxford Street the theatre was the last to be built on Shaftesbury Avenue. It had significant success with an 18 week season of Gilbert and Sullivan operas in 1919, presented by the D’Oyly Carte Opera Company. These became frequent entertainment at the theatre in the 1920s, interspersed with productions which had transferred from other venues. The prominent Basil Rathbone performed at the Prince’s Theatre in May 1933 when he played the role of Julian Beauclerc in a revival of Diplomacy. Another revival in the shape of The Rose of Persia played at the theatre in 1935 with The D’Oyly Carte returning in 1942.

The theatre was purchased by EMI in 1962 and was named the Shaftesbury Theatre the following year. Broadway productions transferred to the theatre in the 1960s which included the musicals Gentlemen Prefer Blondes (1962), How to Succeed in Business Without Really Trying (1963) and Little Me (1964).

On 20th July 1973, part of the ceiling collapsed, causing the closure of the long-running musical Hair, after nearly two thousand (1998) performances. The theatre nearly fell victim to subsequent redevelopment, but a successful campaign by Equity ensued the theatre was placed on the ‘Statutory List of Buildings of Special Architectural or Historic Interest’, with the theatre being Grade II listed by English Heritage in March 1974.

The following year, the theatre reopened with the musical West Side Story. The 1980s included such shows as, They’re Playing Our Song (1980) and Follies (1987). The 1990s had shows including Kiss of the Spider Woman (1992), Eddie Izzard: Definite Article (1995) and the musical Rent (1998). During the redevelopment in the late 1990s of the Royal Opera House in Covent Garden, the theatre was used as an alternative London venue for performances including Benjamin Britten’s Paul Bunyan.