Theatre Royal Haymarket Seating Plan – seating includes Stalls, Royal Circle, Upper Circle and Gallery. NOTE: Seating Plans may vary from one production to another and these changes may not be shown. 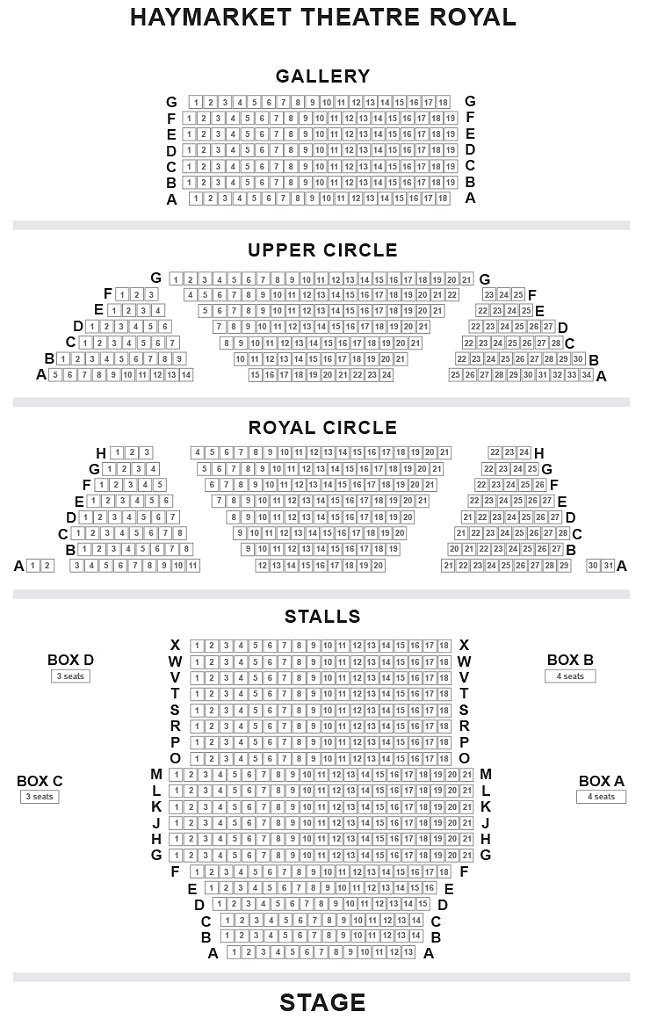 Theatre Royal Haymarket
The theatre has a solid reputation for presenting high-quality plays – and the actors and actresses who have appeared over the years reads like a who’s who of British theatre.

When you visit the theatre you might just see Buckstone, a friend of Charles Dickens and manager of the Haymarket from 1853-1879, as his ghost is allegedly still seen in the auditorium and dressing rooms, watching over his beloved Haymarket.

About Only Fools And Horses – The Musical

Whitehouse also takes centre stage as Grandad, uniting with Tom Bennett (Del Boy) and Ryan Hutton (Rodney) in this unique showstopper. Featuring cherished material from the TV series, the laughs, dodgy dealings and unforgettable moments to boot, join us as we get reacquainted with Britain’s most loveable rogues and experience the classic comedy brought to life once again through an ingenious and hilarious original score; an idea so inexplicably pukka it surely proves the old adage that he who dares wins!

With musical contributions from Chas n Dave, the beloved theme tunes as you’ve never heard them before and an array of comic songs full of character and cockney charm, you’re guaranteed to have a right knees-up! Only Fools and Horses the Musical is a feel-good, family celebration of traditional, working-class London life and the aspirations we all share.