Queen’s Theatre Seating Plan – seating includes Stalls, Dress Circle and Upper Circle. NOTE: Seating Plans may vary from one production to another and these changes may not be shown. 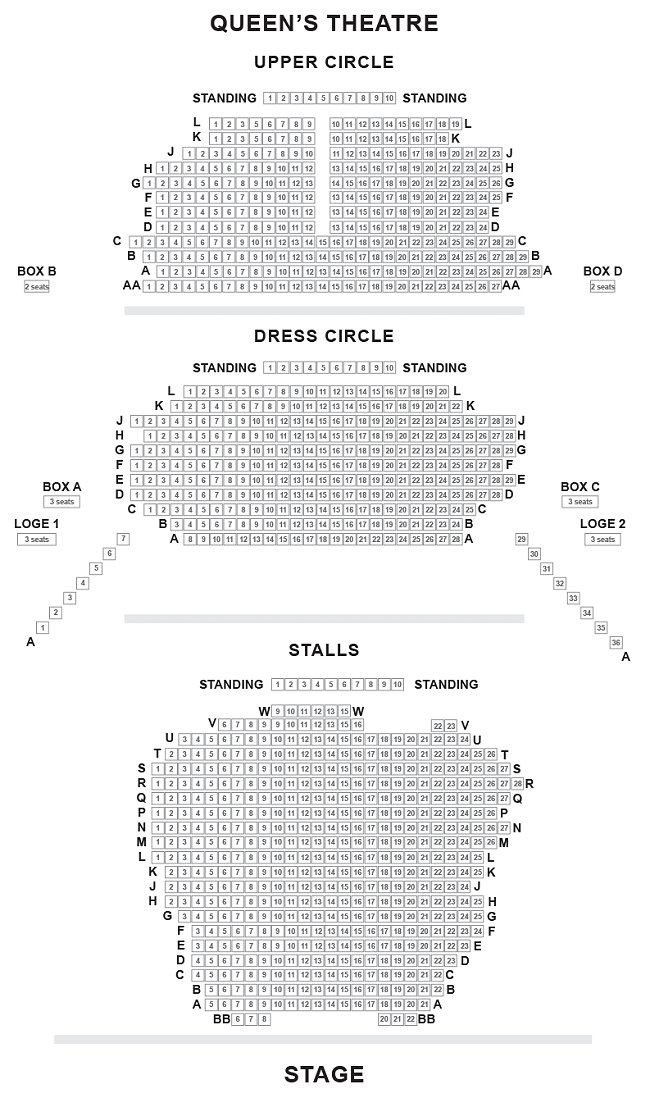 Queen’s Theatre
On 3 April 2004 Cameron Mackintosh’s musical phenomenon Les Miserables transferred from the Palace Theatre where it had run for more than 18 years and an incredible 7,602 performances.

Seen by more than 65 million people in 42 countries and in 22 languages around the globe, it is still breaking box-office records everywhere in its 28th year.

Set against the backdrop of 19th-century France, Les Misérables tells an enthralling story of broken dreams and unrequited love, passion, sacrifice and redemption – a timeless testament to the survival of the human spirit.

Ex-convict Jean Valjean is hunted for decades by the ruthless policeman Javert after he breaks parole. When Valjean agrees to care for factory worker Fantine’s young daughter, Cosette, their lives change forever.

Featuring the songs ‘I Dreamed A Dream’, ‘Bring Him Home’, ‘One Day More’ and ‘On My Own’ – Les Misérables is the show of shows!