London Prince Edward Theatre Seating Plan – seating includes Stalls, Dress Circle and Grand Circle. NOTE: Seating Plans may vary from one production to another and these changes may not be shown. 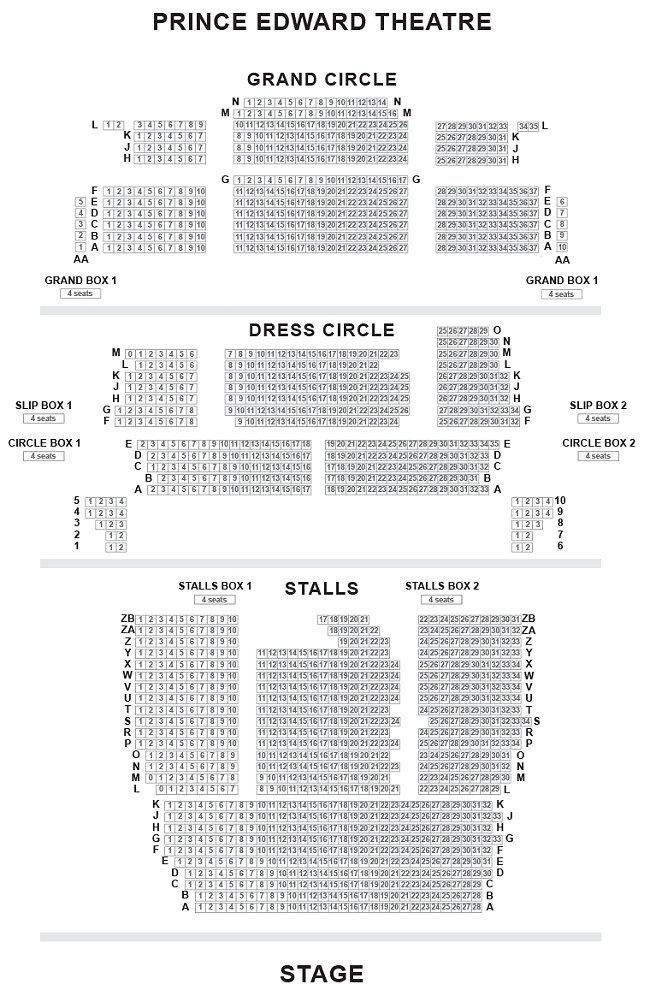 Prince Edward Theatre
The Prince Edward reopened on Wednesday 3rd March 1993 with Crazy for You. In 1996 Cameron Mackintosh brought his own show, Martin Guerre, to the theatre written by the award-winning pair, Alain Boublil and Claude-Michel Schonberg, which had a run of almost two years. Mamma Mia! broke all previous box office records when it sold out for five years before transferring to the Prince of Wales Theatre in June 2004.

The Mozart Bar in the entrance foyer is named as such because Wolfgang Amadeus and his father lived at 28 Frith Street, now the theatre’s stage door, from 1764 to 1765.