London Playhouse Theatre Seating Plan – seating includes Stalls, Dress Circle and Upper Circle. NOTE: Seating Plans may vary from one production to another and these changes may not be shown. 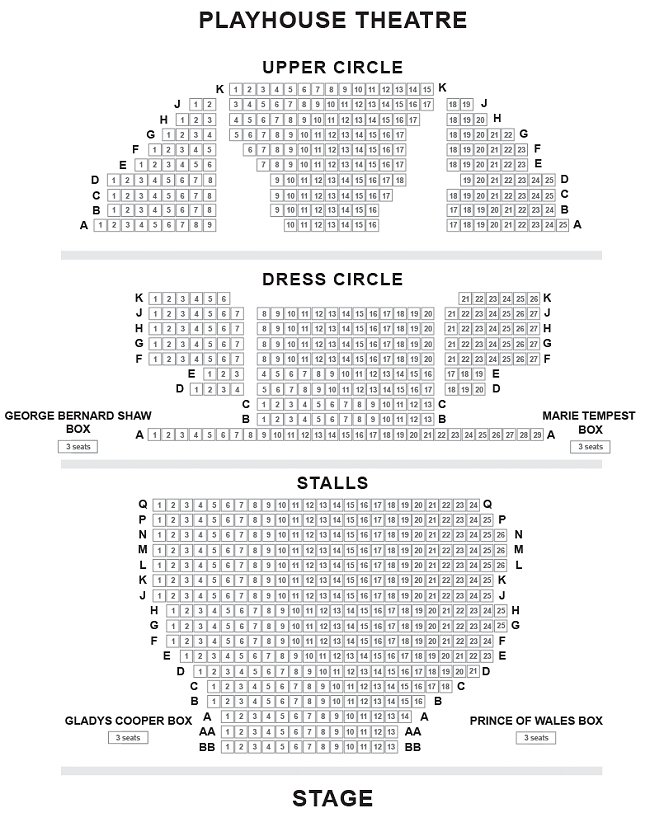 Playhouse Theatre London
January 2003, saw Maidstone Productions taking over the ownership of the Theatre. The company was owned by London and Broadway producers Ted and Norman Tulchin, who had been behind a number of hit productions on both sides of the Atlantic. The Ambassador Theatre Group took over the ownership of the Playhouse Theatre in March 2003.