London Piccadilly Theatre Seating Plan – seating in the Stall, Royal Circle and Grand Circle. NOTE: Seating Plans may vary from one production to another and these changes may not be shown. 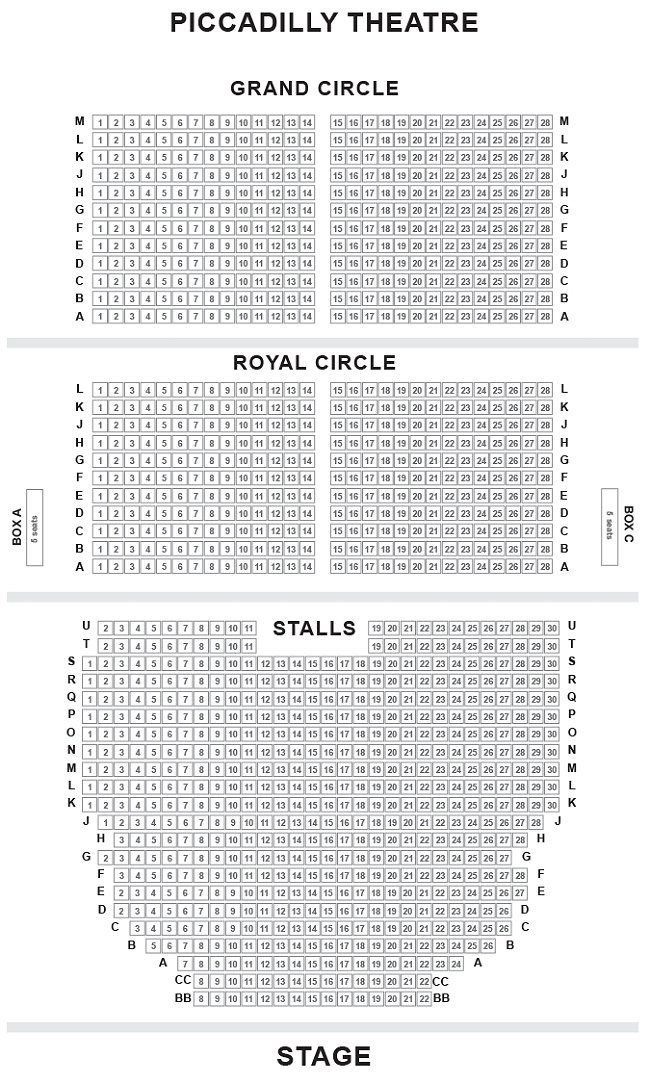 Piccadilly Theatre London
The 1990s saw a rise in the number of musicals, ballet and dance, notably the most successful commercial ballet season to ever play in the West End, Adventures in Motion Pictures’ Swan Lake. The Piccadilly has been residence to a season of plays directed by Sir Peter Hall, starring celebrated names such as Judi Dench, Michael Pennington, Julia MacKenzie and Eric Sykes. Also hosted at the theatre was the musical Spend Spend Spend starring Olivier award-winning actress, Barbara Dickson, Shockheaded Peter which was a sell-out run, Noises Off with Lynn Redgrave, Ragtime, the National Theatre’s acclaimed production of Jumpers, Grease the Musical, Guys and Dolls and Jailhouse Rock. Recent shows include the world premiere of Ghost the Musical and the world premiere of Viva Forever. The Piccadilly was home to Dirty Dancing the Classic Story on Stage, which plays to February 2014, before Jersey Boys opened in March 2014, transferring from the Prince Edward Theatre.