London Palace Theatre Seating Plan – seating including Stalls, Dress Circle, Upper Circle and Balcony.NOTE: Seating Plans may vary from one production to another and these changes may not be shown. 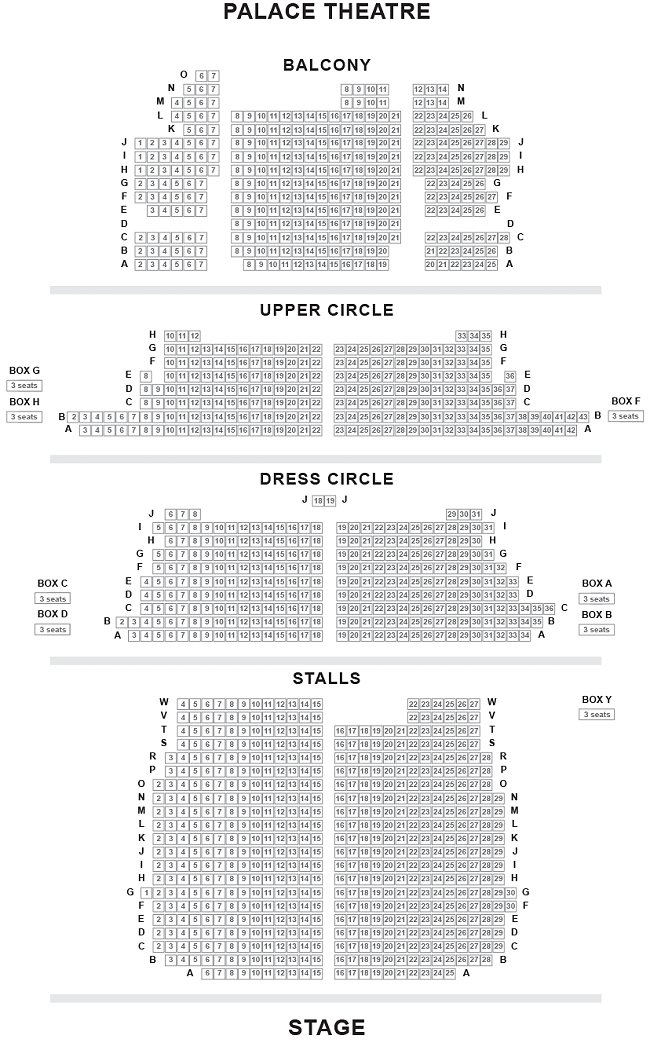 Palace Theatre
Producer of the Gilbert and Sullivan operas, Richard D’Oyly Carte, commissioned the construction of the Palace Theatre in the late 1880s, and it was designed by Thomas Edward Collcutt who intended it to be a residence of English grand opera.

In 1925 No No Nanette! running for 655 performances, in 1946 Song of Norway, in 1949 839 performances of King’s Rhapsody, in 1961 The Sound of Music for 2385 performances, in 1968 Cabaret, and 1972 Jesus Christ Superstar which had a run of 3358 performances. Les Miserables first opened at the Barbican on 8th October 1985 before then transferring to the Palace Theatre on 4th December 1985. On Monday 10th January, 1994, Les Miserables became the Palace Theatre’s longest-running show, before eventually transferring to the Queen’s Theatre in April 2004.