London Old Vic Theatre Seating Plan: NOTE: Seating Plans may vary from one production to another and these changes may not be shown. 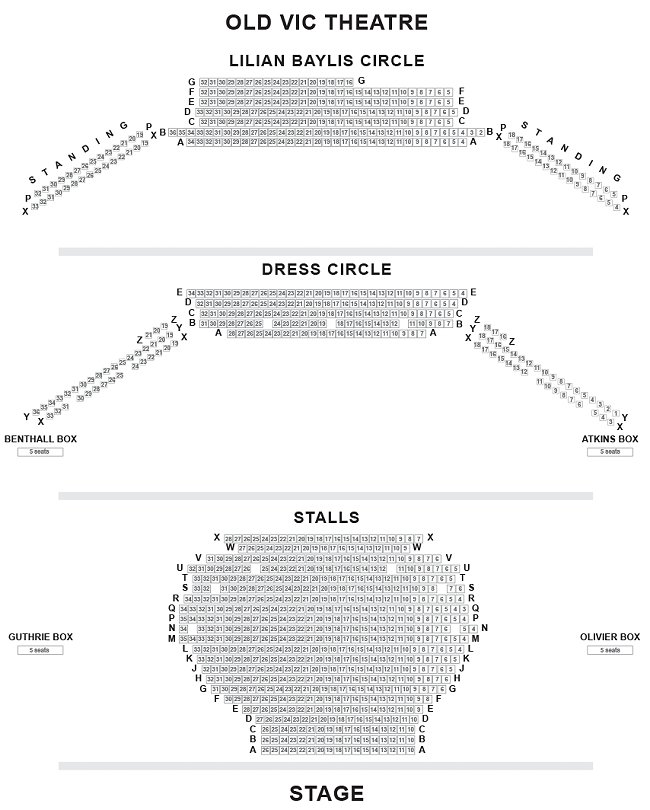