London Lyric Theatre Seating Plan – seating with Stalls, Dress Circle, Upper Circle and Balcony. NOTE: Seating Plans may vary from one production to another and these changes may not be shown. 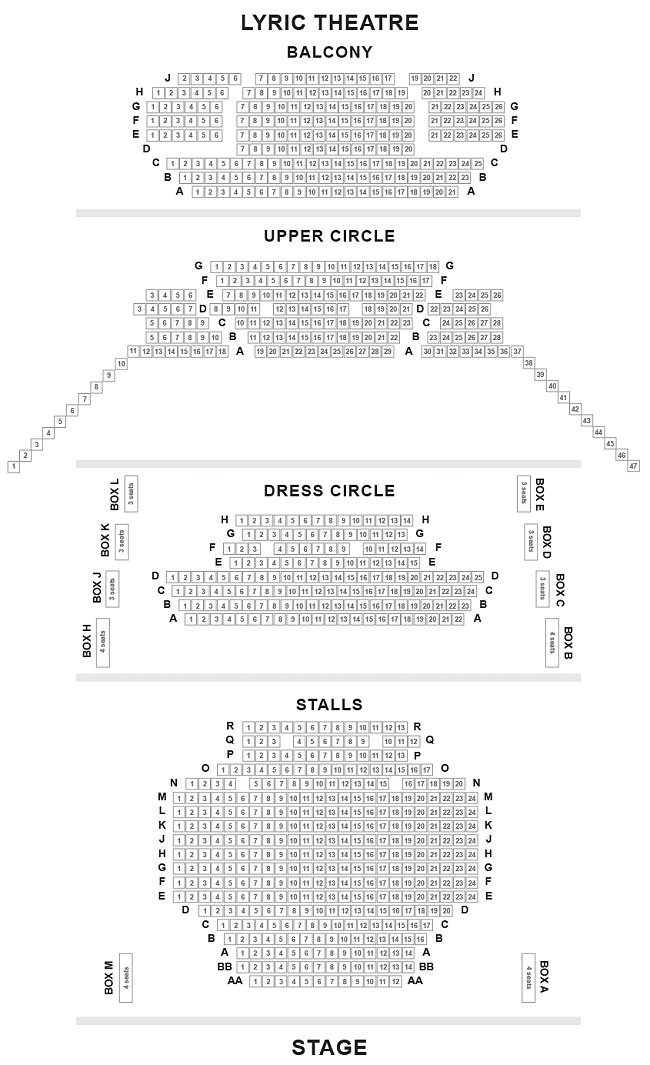 Alan Ayckbourn’s How the Other Half Loves starring Alec Guinness ran for 869 performances from 1972. Other predominant productions include Rosemary Harris leading the cast of Robert Harling’s Steel Magnolias, Look Back in Anger with Kenneth Branagh, and Sheila Hancock in Andrew Davies’ Prin.

Opening on 2nd January 2009 and currently showing is Thriller Live!

Thriller Live!
Moonwalking into the West End after three acclaimed UK tours and standing ovations across Europe, Thriller – Live is a spectacular, high octane show celebrating the career of Michael Jackson, and the Jackson 5.