London Lyceum Theatre Seating Plan – seating includes Stalls, Royal Circle and Grand Circle. NOTE: Seating Plans may vary from one production to another and these changes may not be shown. 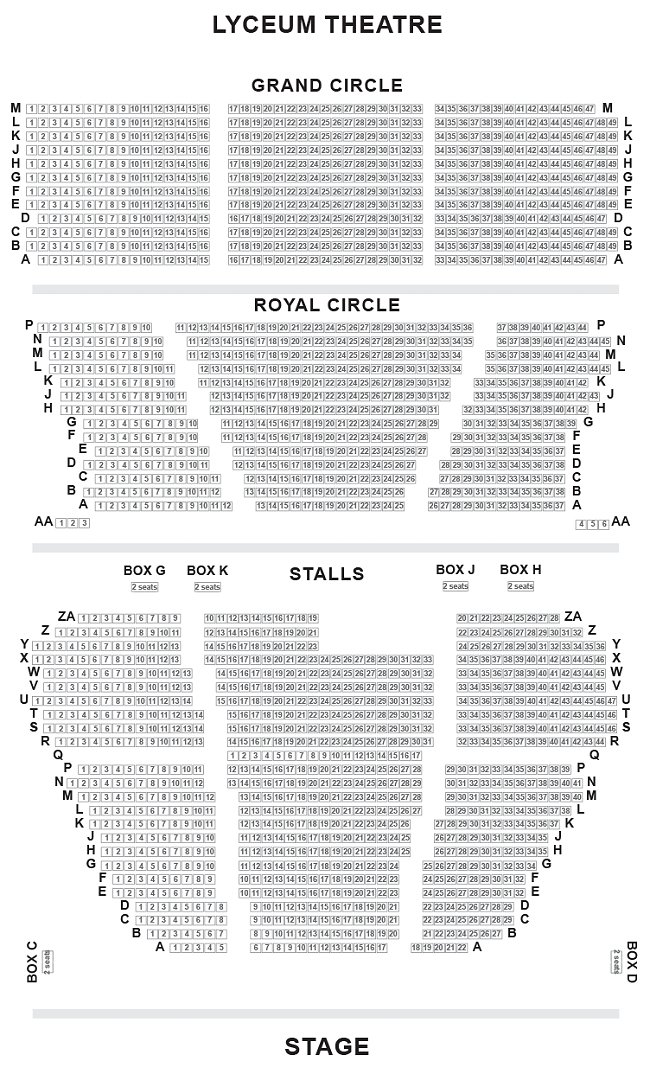 Lyceum Theatre London
From Tuesday 19th November 1996 to Saturday 28th March 1998 Jesus Christ Superstar was performed and then from February 1999 to June 1999 Oklahoma!, and then on Friday 24th September 1999, The Lion King took up residence, it seems the ‘Lyceum roar’ is again roaring in this famous theatre.

The Lion King
Set against the majesty of the Serengeti Plains and to the evocative rhythms of Africa, Disney’s multi-award winning musical ‘The Lion King’ will redefine your expectations of theatre.

A spectacular visual feast, this adaptation of Disney’s much-loved film transports audiences to a dazzling world that explodes with glorious colours, stunning effects and enchanting music. At its heart is the powerful and moving story of Simba – the epic adventure of his journey from wide-eyed cub to his destined role as King of the Pridelands