London Harold Pinter Theatre Seating Plan – including Stalls, Dress Circle, Royal Circle and Balcony. NOTE: Seating Plans may vary from one production to another and these changes may not be shown. 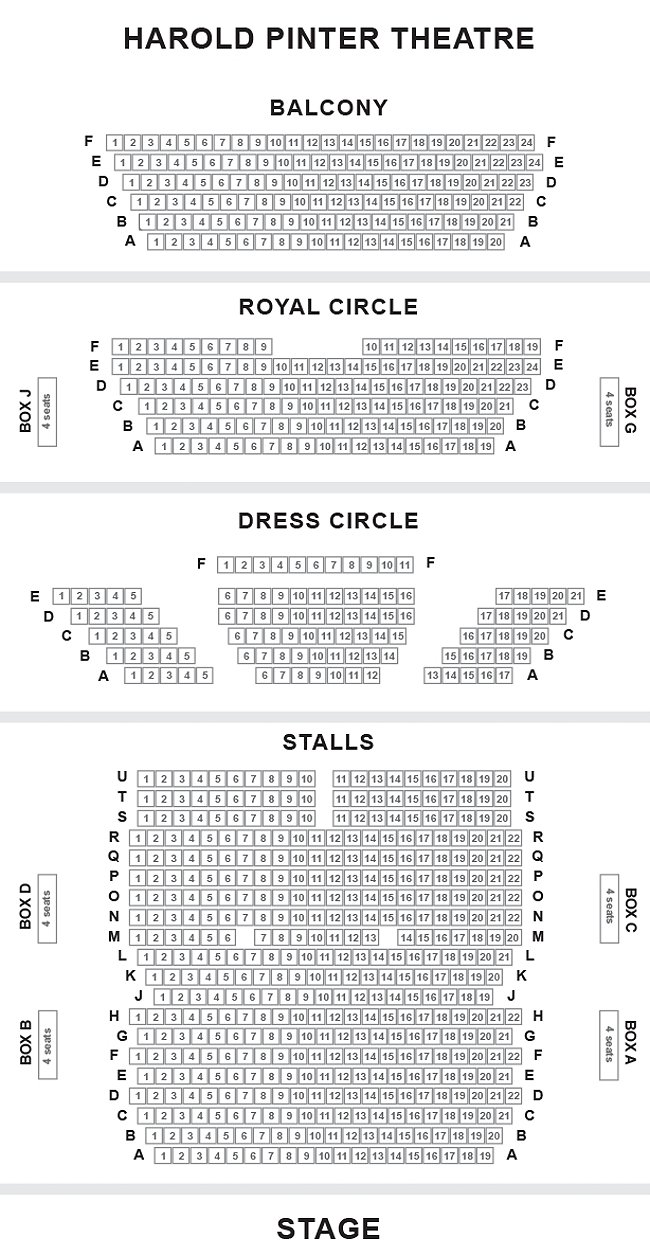 Harold Pinter Theatre
Later productions include the award-winning comedy Steaming, and the fabulous award winning musical Little Shop of Horrors making its West End debut in 1979, both of which played at The Comedy in the early 1980′s.