London Garrick Theatre Seating Plan – Seating includes Stalls, Dress Circle and Upper Circle. NOTE: Seating Plans may vary from one production to another and these changes may not be shown. 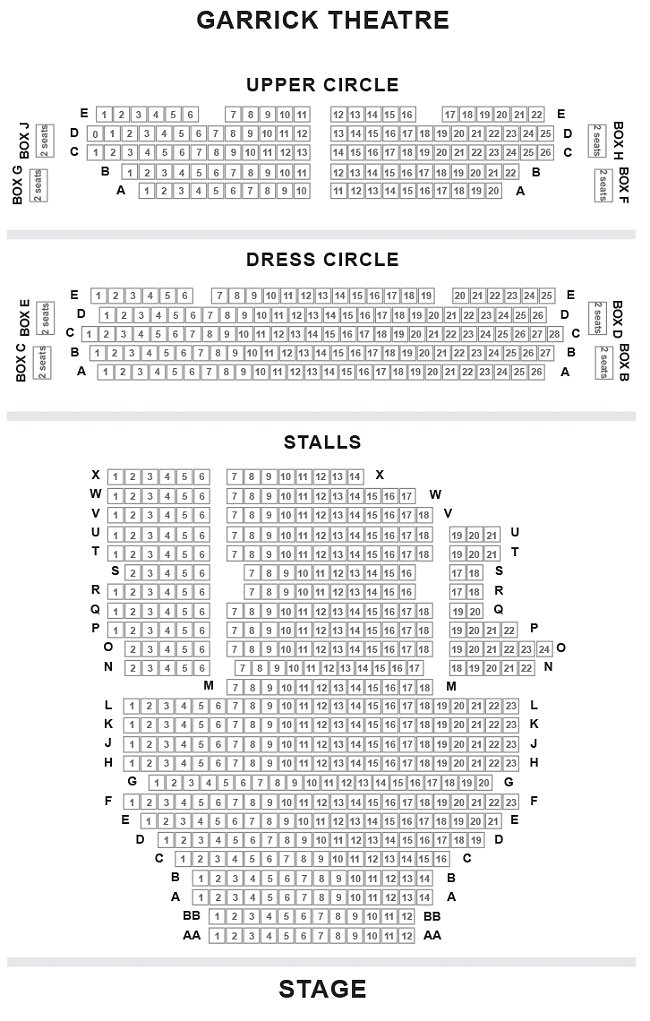 Garrick Theatre London
The theatre had 800 seats on four levels, when first built, but since then the gallery has been closed and the seating capacity reduced to 656. Also, the gold leaf auditorium was restored in 1986 by the designer Carl Toms and in 1997 the front facade also had a facelift.