London Adelphi Theatre Seating Plan – Seating includes Stalls, Dress Circle and Upper Circle. NOTE: Seating Plans may vary from one production to another and these changes may not be shown. 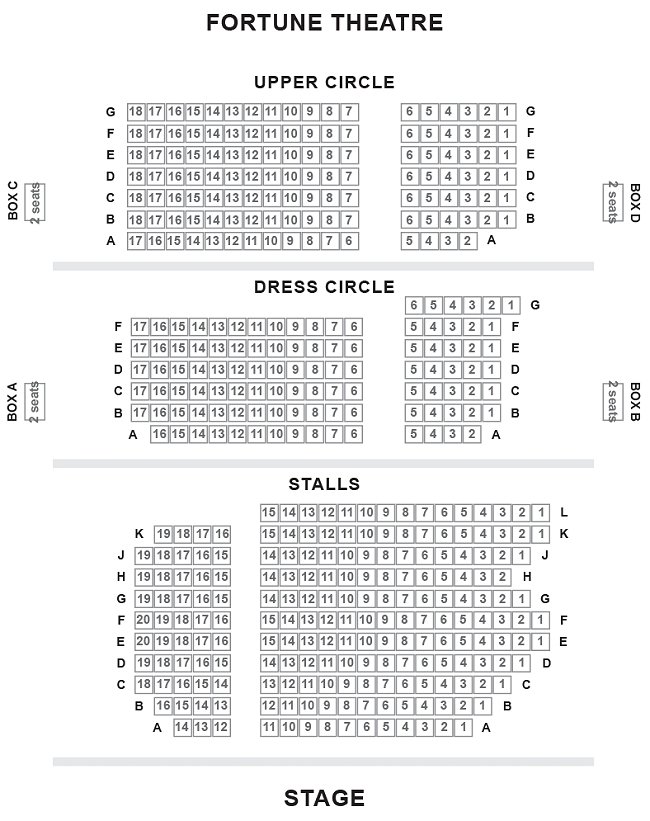 Fortune Theatre London West End
The Fortune Theatre is associated strongly with its current production The Woman In Black, which was first seen at the theatre in 1989, and has since become a mainstay of the West End. The theatre and the show achieved the landmark of 5000 performances in July 2001 when there was a party, held in the Stalls Bar and the auditorium!

The Woman In Black:
Since 1989, over 7 million people have lived to tell the tale of one of the most exciting, spooky, gripping and successful theatre events ever staged.

Unanimously acclaimed by the critics, Stephen Mallatratt’s adaptation of Susan Hill’s best selling novel combines the power and intensity of live theatre with a cinematic quality inspired by the world of film noir. It is a formula that provides audiences with an evening of unremitting drama as they are transported into a terrifying and ghostly world.