London Dominion Theatre Seating Plan – seating in the Stalls and the Circle. NOTE: Seating Plans may vary from one production to another and these changes may not be shown. 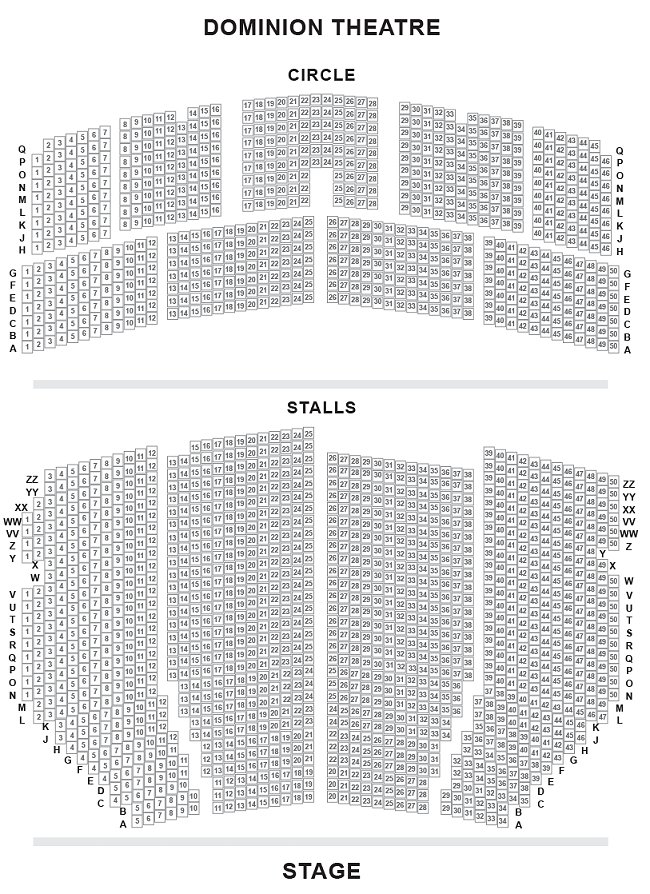 From the early 1990s the venue has played host to a number of shows including Jesus Christ Superstar, David Ian and Paul Nicholas’ production of Grease, Scrooge: The Musical, Swan Lake, Disney’s Beauty and the Beast, a second run of Grease, and Notre Dame de Paris.

In 2002, the musical We Will Rock You, created by Queen guitarist Brian May and British comedian Ben Elton opened. During October 2006 the show was due to close before starting a UK tour, however, due to popular demand, the show has gone on for many years, and finally closing on 31st May 2014.