London Criterion Theatre Seating Plan – seating includes Stalls, Dress Circle and Upper Circle. NOTE: Seating Plans may vary from one production to another and these changes may not be shown. 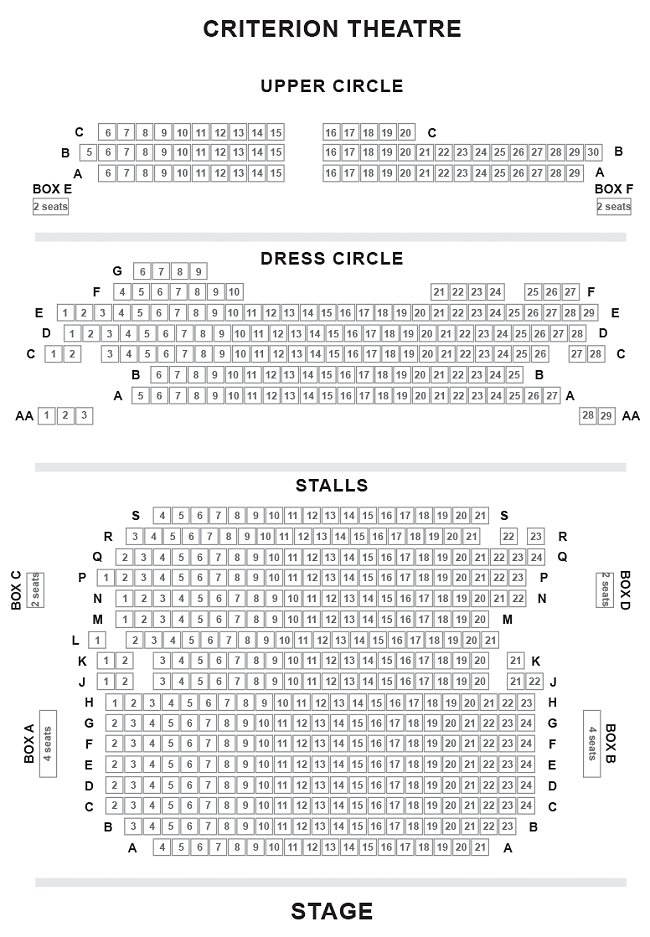 During the period from 1996 to 2005 The Reduced Shakespeare Company entertained audiences with their 30+ snippets from Shakespeare, with one performance being performed backwards! The Criterion Theatre retains its Victorian auditorium which ensures the theatre retains an intimate and atmospheric presence for those on stage as well as in the auditorium.

The 39 Steps comedy is currently showing (as at 2014), having commenced performances with previews from 14th September 2006 and Opening Night on 20th September 2006. Hitchcock meets hilarious in this madcap stage adaptation of the classic movie by the Master of Suspense. John Buchan’s gripping whodunnit – memorably filmed by Hitchcock in 1935 – has at last been thrillingly adapted for the stage by Patrick Barlow.