London Apollo Theatre Seating Plan – The auditorium has Stalls, Dress Circle and Grand Circle. NOTE: Seating Plans may vary from one production to another and these changes may not be shown on this seating plan. 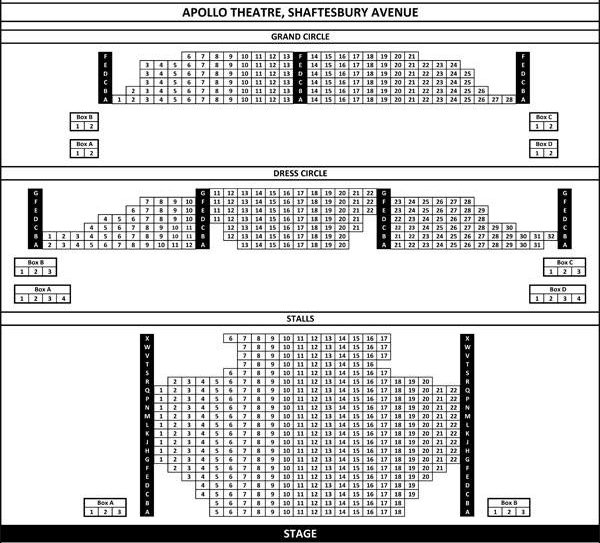 Apollo Theatre London West End The Apollo Theatre was opened one month after Queen Victoria had died in 1901 making it the first West End theatre of the Edwardian age. The auditorium was significantly refurbished in 1932. It has been commented that the balcony is the steepest in London so be warned! Content updated 27th May 2014