NOTE: Seating Plans may vary from one production to another and these changes may not be shown on this seating plan 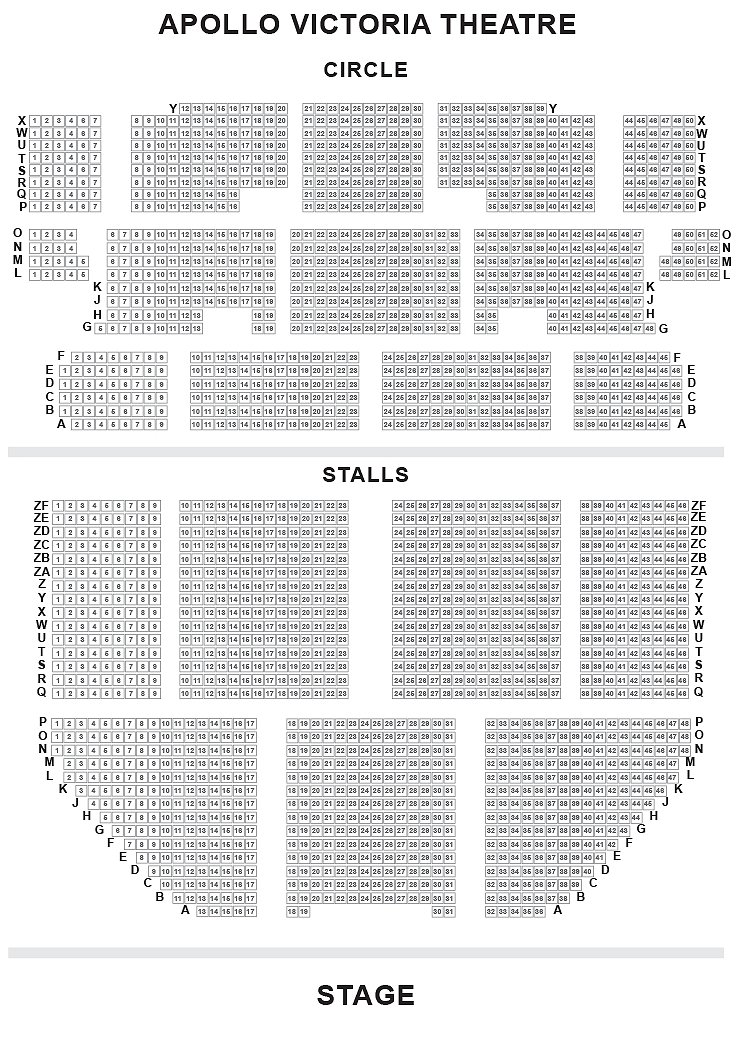 Apollo Victoria Theatre London West End
The theatre is a Grade 2 Listed Building with a seating capacity of about 2304. The theatre was built as a ‘super-cinema’ and originally called the New Victoria Cinema when it opened on 15th October, 1930 showing the film ‘Old English’ and a stage show called ‘Hoop-La’ The theatre is currently home to Wicked.

Wicked: Winner of 90 international awards, Wicked has cast its magical spell over audiences of all ages across the world for a decade and continues to be a record-breaking hit at London’s Apollo Victoria Theatre, where, as of 2013, it has become the 16th longest-running West End musical of all time.