London Adelphi Theatre Seating Plan – seating includes Stalls, Dress Circle and Upper Circle. NOTE: Seating Plans may vary from one production to another and these changes may not be shown on this seating plan 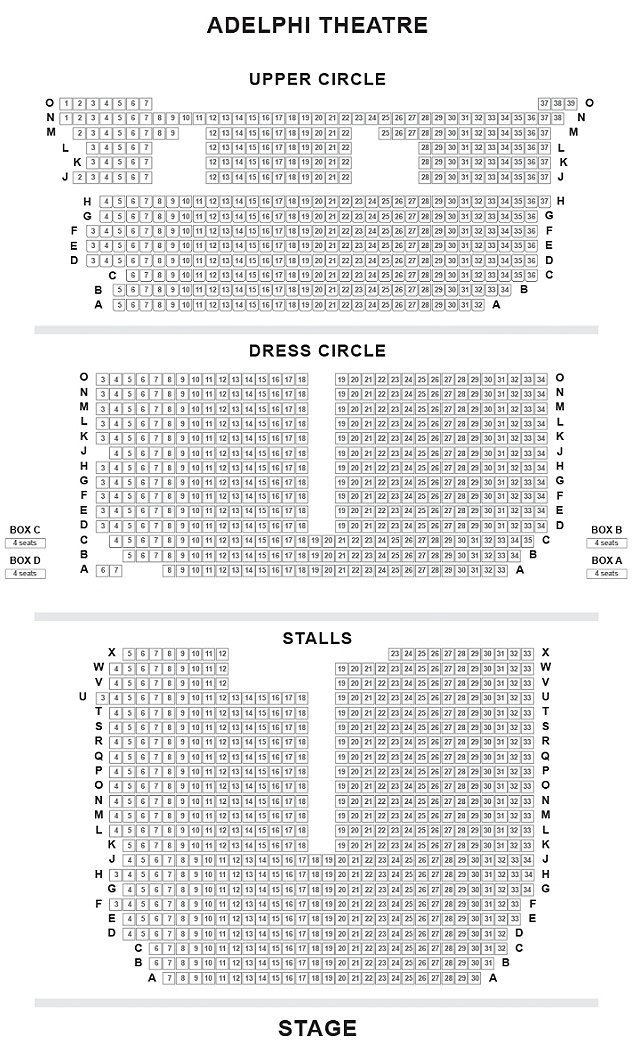 Adelphi Theatre London West End
In November 1997, the Adelphi became home to Chicago which became the theatre’s longest-running production during its 8 1/2 year run, which at the time, also made it the longest-running American musical in the history of the West End. In April 2006, Chicago transferred to the Cambridge Theatre. Since then, the Adelphi Theatre has hosted major shows including Joseph and The Amazing Technicolor Dreamcoat, Evita, Love Never Dies, The Bodyguard… and now Waitress the Musical.

WAITRESS tells the story of Jenna, a waitress and expert pie maker who dreams of a way out of her small town and loveless marriage. A baking contest and the town’s new doctor may offer her a chance at a fresh start, while her fellow waitresses offer their own recipes for happiness. But Jenna must summon the strength and courage to rebuild her own life.

Don’t miss this uplifting musical celebrating friendship, motherhood, and the magic of a well-made pie.