During the late 1970s the theatre was purchased by Capital Radio and it closed in 1979 for refurbishment, opening in February 1980 with the first production under Capital Radio being Rose, starring Glenda Jackson. 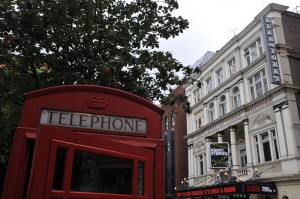 The Ambassador Theatre Group bought the theatre in 1992 coinciding with London’s popular show, The Royal Court’s production of Ariel Dorfman’s Death and the Maiden. There followed a number of successful productions including Richard O’Brien’s The Rocky Horror Show, celebrating its 21st Birthday in the immensely successful Royal Court Classics Season in 1995.

The Duke of York’s played host to the Royal Court and the highly acclaimed co-production of The Weir, running for over two years and winning the 1999 Olivier Award for Best New Play. It also had the sell-out run of Stones In His Pockets, the winner of the 2001 Olivier awards for Best Comedy and Best Comedy Actor.

‘Now I see that love is selfish. It makes you a country of two. At war with the rest of the world.’

Rosmersholm is the tenth collaboration between Sonia Friedman Productions and director Ian Rickson (including The Birthday Party and Jerusalem) and marks a second time working with award-winning writer and director Duncan Macmillan, who previously collaborated with SFP on 1984, which he co-adapted/co-directed with Robert Icke.