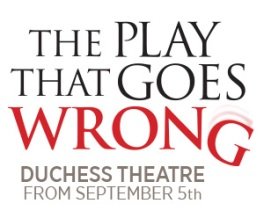 The Play That Goes Wrong
The Cornley Polytechnic Drama Society are putting on a 1920s murder mystery, but as the title suggests, everything that can go wrong… does!

The accident-prone thespians battle against all odds to make it through to their final curtain call, with hilarious consequences! 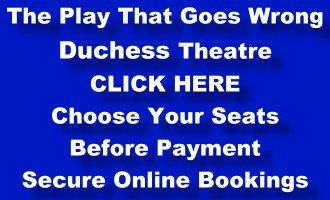 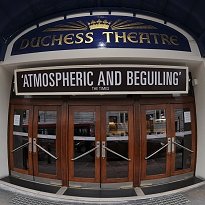 Opening on 25th November, 1929 The Duchess Theatre has one of the smallest proscenium arches in the West End theatres. The circle, which is somewhat narrower than the stalls, was also unusual for the time period. Notable productions at the theatre include, Noel Coward’s Blithe Spirit in 1942, which transferred from the Piccadilly Theatre to St James’ Theatre before arriving at the Duchess Theatre where it completed 1,997 performances.

The 1970s brought somewhat raunchy shows in the form of The Dirtiest Show in Town for just under 800 performances. In December 1974 the production of Oh, Calcutta! transferred to the theatre from the Royalty Theatre and remained there until 1980. From 1987 to 1990 The Players Theatre company presented Late Joys Victorian Music Hall programme. The mid-90’s saw a successful run of Marc Camoletti’s Don’t Dress For Dinner which had transferred from the Apollo Theatre in October 1992 and stayed until 1st March, 1997.

A further successful production was the Royal Shakespeare Company’s The Herbal Bed by Peter Whelan which run from April to October 1997.

Photographs taken on 8th September 2010 – all images copyright to Neil Cheesman at www.LastMinuteTheatreTickets.com