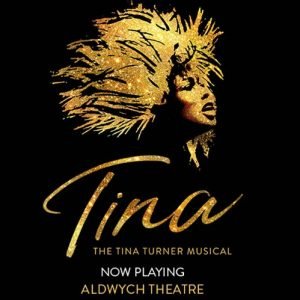 One of the world’s best-selling artists of all time, Tina Turner has won 11 Grammy Awards and her live shows have been seen by millions, with more concert tickets sold than any other solo performer in music history.

When the area between Wellington Street, The Strand and Fleet Street was reconstructed in the later years of the nineteenth century, much of London’s old theatreland area was removed, and the modern-day streets of Aldwych and Kingsway were built, with plans started for the building of two theatres with identical facades along the Aldwych. One to be constructed on the corner of Catherine Street, and the other one on the corner of Drury Lane. Between the two theatres was the Waldorf hotel.

The Aldwych Theatre was designed by W G R Sprague and constructed by Balham’s Walter Wallis for Seymour Hicks. The theatre started with a production of Blue Bell, a new adaptation of Hicks’ popular pantomime Bluebell in Fairyland. In 1906, The Beauty of Bath, and then followed in 1907 with The Gay Gordons. February 1913 saw the theatre being utilized by Serge Diaghilev and Vaslav Nijinsky for rehearsals of Le Sacre du Printemps ahead of its controversial premiere in Paris later in the year. 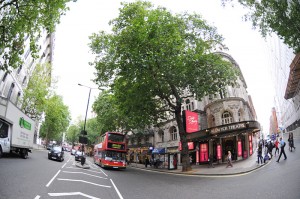 In 1920, Basil Rathbone played the role of Major Wharton in The Unknown. During the period of 1925-1933, it turned into the home of farces by Ben Travers, also referred to as The Aldwych Farces. Travers’ company incorporated Ralph Lynn, Tom Walls, Yvonne Arnaud, Norma Varden, Mary Brough, Winifred Shotter and Robertson Hare. Richard Tauber presented and starred in a new adaptation of Das Dreimäderlhaus, called Lilac Time, in 1933. From approximately 1935 to 1960, the theatre was owned by the Abrahams.

During the post Second World War years, Vivien Leigh, who had won an Academy Award for the film version, starred in a 1949 London production of A Streetcar Named Desire, directed by her husband, Laurence Olivier, with Bonar Colleano co-starring as Stanley.

On 15th December 1960, it was announced that the RSC of Stratford-upon-Avon was to have its London productions’ base at the Aldwych Theatre for the following three years. They stayed for more than 20 years, before moving to the Barbican Arts Centre in 1982. Amidst many notable productions were The Wars of the Roses, The Greeks, and Nicholas Nickleby, along with many other Shakespeare productions. 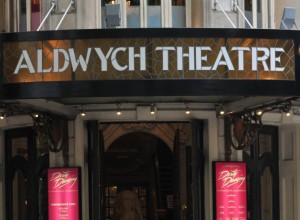 During absences of the RSC, the theatre played host to the annual World Theatre Seasons, with plays in their original international productions, invited to London by impresario Peter Daubeny, occurring annually from 1964 to 1973 and concluding in 1975. For his involvement in the performances of these seasons, and without any Arts Council or other official financial support, in 1972, Daubeny won the Evening Standard Special Award. The Aldwych Theatre was listed as a Grade II listed building on 20th July 1971.

In 1990-91, Joan Collins starred in Private Lives and since 2000, the theatre has hosted a wide variety of plays, comedies and musical productions. With Andrew Lloyd Webber’s musical Whistle Down the Wind playing until 2001, and Fame enjoying a run from 2002 to 2006. Since then, the venue has hosted Dancing in the Streets, which then moved to the Playhouse Theatre and since September 2006 has been the home to the British musical version of Dirty Dancing by Eleanor Bergstein. At the Aldwych Theatre in 2014 is Stephen Ward the new musical by Andrew Lloyd Webber.