West End Theatres in the heart of London’s theatreland. With London West End tickets on sale for top musicals and plays throughout the year, there is always a show to see, whether a play or a musical. 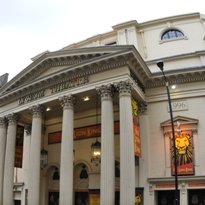 London West End theatre bookings are generally for an area of central London containing many of the city’s major tourist attractions, shops, businesses, government buildings, and entertainment venues (including West End theatres). There are major concentrations of significant buildings including theatres.

Now rebranded by Westminster City Council and the Society of London Theatre – as ‘Theatreland‘. London theatre bookings for London’s main theatre district, containing approximately forty venues, is located in the heart of the West End, and is traditionally defined by The Strand to the south, Oxford Street to the north, Regent Street to the west, and Kingsway to the east.