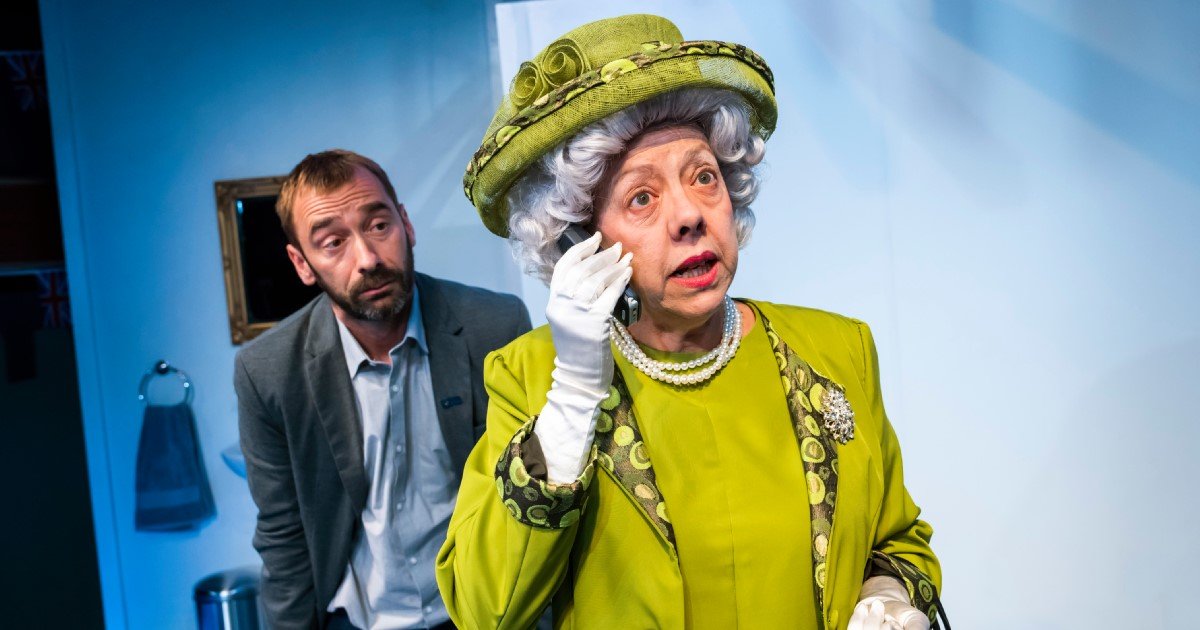 During my time in the RAF, I met a few royals. It was always a special occasion when they came to visit the base and we worked for hours and hours getting everything ready so that the whole visit goes exactly to plan. Of course, you can’t plan everything and sometimes things go wrong, and I have a few examples from my time where the Gods above decided to prematurely age the organisers by throwing a proverbial spanner in the works. This idea forms the backbone of John Goldsmith’s play The Throne which is getting its world premiere at the Charing Cross Theatre.

At Dudley Goring Comprehensive School, it is a red-letter day. As part of her Golden Jubilee tour, HM the Queen (Mary Roscoe) is coming to the school to open the new science block. The headmaster (Michael Joel Bartelle) is in a panic because, thanks to a plumbing issue, he has had to install a portaloo for the Queen’s use in the school hall. All of this panic and preparation is not sitting well with Dr Derek Jones (Charlie Condou), Head of Science at the school and a committed socialist republican. While the head isn’t looking, Derek sneaks into the portaloo to have a look around. Unfortunately, while he is in there, HM is, as the saying goes, caught short and the two of them meet over the porcelain. As if the embarrassment of meeting like this wasn’t enough, there is an added complication when they find out that the toilet has been rigged with explosives by terrorists, and any attempt to escape will set it off.

As a piece of writing, The Throne impressed me with the believability of an utterly unbelievable story. Anyone who knows anything about royal protocol and how royal visits work, knows that the sequence of events as portrayed could not happen but, given that caveat, the way the story unfolds does feel quite realistic. The initial reaction of Derek to meeting the Queen in a place he wasn’t supposed to be felt very genuine and the Queen’s reaction to the terrorist threat – all stiff upper lip and emotionless, immediately struck me as exactly the way one would expect the monarch to react. The script is not laugh-out-loud funny but there are a lot of humorous moments and some wonderful dialogue as Derek tries to explain why Elizabeth should be out of work. Ultimately, I don’t think the script solves the issue, but as a discussion on the thorny subject of constitutional monarchy vs republicanism has been going on for centuries, I wouldn’t expect it to, though I did think it gives both sides some food for thought.

Roscoe and Condou have good chemistry as Queen and teacher respectively and their characters work pretty well as they get to know each other and some of the barriers come down between them. A quick mention for Bartelle as Headmaster Peter Carr. This is a small(ish) role but is essential to set the tone of the play and the attitude of Dr Jones towards the visit, and Bartelle plays it really well. However, for me, the standout is the portrayal of Her Majesty and I think that Roscoe could go into the queen lookalike business. Although her wig didn’t look quite right to me, the rest of the costume, designed by Gregor Donnelly, was very regal. Donnelly also designed the set and, as portaloos go, it was pretty good. Also I need to mention Chris Drohan’s sound design which meant, the sound of a flushing toilet came from the right place and when an aircraft flew over, it was interesting how many of the audience looked up and followed its flight over the arches.

Anthony Biggs makes good use of the toilet space – a sentence I never thought I’d write – which gave both HM and Derek plenty of space to move around each other. And I loved the way the fussiness of the Headmaster was emphasised by the sorting out of the bunting while ticking off the teacher.

All-in-all, The Throne is a nice gentle comedy that takes a very improbable situation and makes something fun out of it. I think the writer could have gone further in the discussions between the teacher and queen, and to my mind, the ending was a bit too easy and felt a bit rushed which was a shame as I would have liked something a little punchier. Whilst overall, I enjoyed the show, it did, I’m afraid leave me wanting a little more.

2002: the year of the Golden Jubilee, and everyone at Dudley Goring Comprehensive School is in a state of eager anticipation about the arrival of a very important visitor. Her Majesty the Queen is due to open the new Science block.

Everyone, that is, apart from Derek Jones, the school’s Head of Science, an unreconstructed socialist and staunch republican. In a moment of madness, Derek decides to use the temporary ‘facilities’ – a Portaloo which has been specially installed for the Queen’s own personal use. His timing is, as ever, terrible and he is caught in the act by the Queen herself.

Embarrassment quickly turns to confusion and then fear as they realise they’ve been locked in the Portaloo by terrorists who have planted a bomb underneath, and any attempt to escape will set it off. With no way to contact the outside world, Derek and Her Majesty are forced to rely on each other as they wait anxiously to discover their fate. But will they find some common ground before it’s too late? 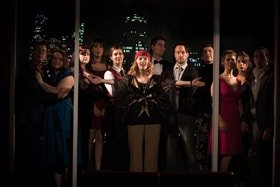 What do you want? This is a question that we are always asking ourselves but can be too afraid to answer. Whether what we want is to break bad habits, succumb to our most wanted desires or simply just be happy – When Midnight Strikes is a musical that introduces us to twelve individuals that… 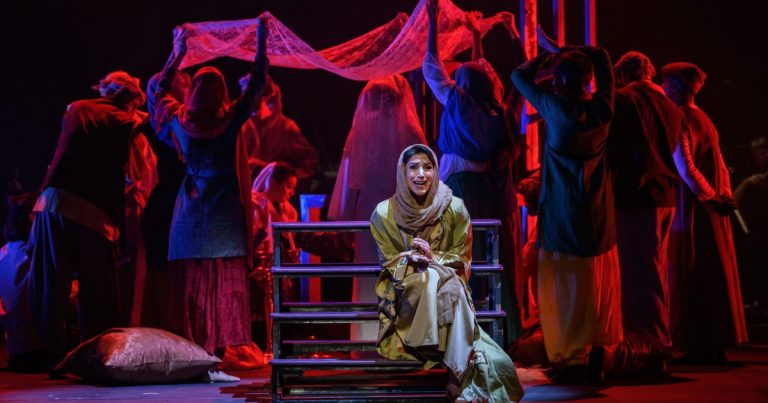 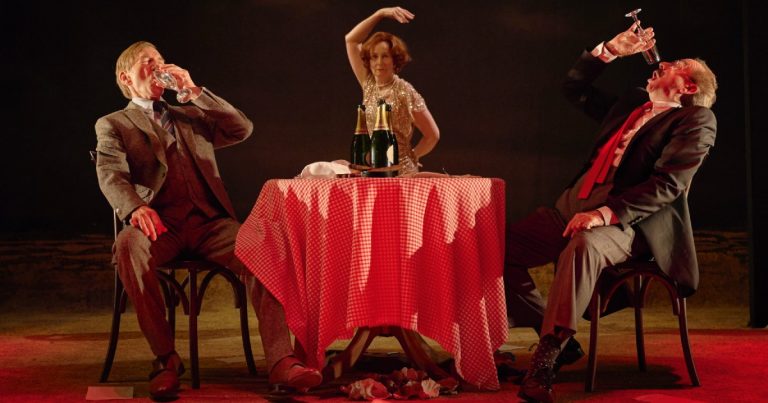 Frank McGuinness’ play Dinner with Groucho, is a circuitous narrative about two twentieth-century cultural icons, TS Eliot and Groucho Marx. Although much has been written about Eliot, one of the world’s major poets, and about the anarchic, quick-witted comedy of Groucho Marx, little is known of their inner mysteries, sufferings and delights. McGuinness, in choosing…