Last week, we went to see Shakespeare’s The Tempest at the Theatre Royal Haymarket. It’s Shakespeare’s shortest (and probably last) play, which unfolds in real time in a production by Trevor Nunn that lasts about three hours.

When we got back home, I had a quick look at some online reviews of this production and was surprised at how negative most of them are. I might not be a professional critic but I do have a degree in English literature and have seen quite a few Shakespeare plays (including productions in Stratford-upon-Avon, London, Liverpool and North Wales).

Without hesitation, I can say that Trevor Nunn’s production of The Tempest is one of the best Shakespeare plays I have seen to date. I don’t wish to analyse the play from an academic point of view. The most important thing to me is that Shakespeare wanted to entertain and reach out to people from all walks of life – the Queen in Her Royal Box as well as the groundlings right in front of the stage who were quite happy to throw orange peels and nut shells at the actors if they didn’t like the performance.  The plays were written on multiple levels in order to appeal to and entertain everyone.

This production most certainly did entertain and reach out to me!

The Tempest has got all of the ingredients that Shakespeare’s audiences demanded: love, hate, deceit, attempted murder, the spirit world, magic, a jester, a monster, music and dance. And there’s a happy ending.

Nunn translates this into a traditional yet captivating production that, in my humble opinion, he can be proud of. The set is simple yet effective, there are some good special effects (especially in the opening scene with the raging storm and the sinking ship) and some magic (e.g. the banquet scene).

Ralph Fiennes is an excellent Prospero. A lot of younger people in particular will have bought tickets just to see the actor who played ‘Lord Voldemort’ in the flesh (no pun intended) – nothing wrong with that as they would have been treated to a master class in Shakespearian acting.  Fiennes speaks verse beautifully and is able to play with words, rather than just recite them.

Fiennes does not emphasise Prospero’s dark side like other actors have before him. His Prospero is sad and tortured, which is understandable given that his usurper-brother Antonio (Julian Wadham) took his beloved dukedom Milan from him and he and his teenage daughter Miranda have been marooned on a remote island since. He is intelligent, bookish, able to use magic to command spirits such as Ariel who helps him manipulate the elements and create a mighty storm that brings his enemies to the island. It isn’t revenge that triumphs, though, but Prospero’s gentle nature. He is a loving father, he sets Ariel free, shows the ‘monster’ some affection and even forgives his brother. This Prospero is all about virtue, dignity, sincerity and humanity. I was spellbound by Fiennes’ soulful performance.

Miranda is played by young Elisabeth Hopper who recently made her West End debut in Nunn’s production of Rosencrantz and Guildenstern are Dead. Her portrayal of Miranda (not an easy role to play!) is everything I would have hoped to see: an innocent, bubbly and at times petulant teenager who loves life and her father and who falls head over heels in love with Ferdinand. Her joy at discovering a ‘brave new world’ is infectious. Hopper’s verse-speaking is beautiful and delivered with great clarity. I’m sure we’ll be seeing a lot of this talented young actress in the West End in the future.

Michael Benz plays youthful and inexperienced Ferdinand very well but comes across as a bit wimpy and hardly masculine so I wonder if Miranda would have fallen in love with him if she had previously met other young men to compare Ferdinand with!

Another outstanding performance was delivered by Tom Byam Shaw as Ariel, the spirit who serves Prospero and is finally rewarded with his freedom. Shaw’s Ariel moves graciously across the stage, his impressive facial expressions ranging from desperate longing (wanting to be free), solemn, happy to mischievous. I also loved his spiky hair! His big moment in Act III when Ariel descends from above as a Harpy, reprimanding Antonio and Sebastian (Chris Andrew Mellon) for their betrayal of Prospero, is truly magical. To my complete disbelief, some muppet behind me took two photos (including flash!!) of this moment which slightly spoiled it for me (and doubtless will have not have amused the actors). When Ariel is released by Prospero and leaves the stage for the last time, the scene is beautiful and touching in its simplicity.

I wasn’t too sure about the singing delivered by one of Ariel’s ‘divided selves’ – it should have sounded ethereal and magical but didn’t quite do it for me. It sounded oddly out of tune, like a drag queen trying to sound like Celine Dion.

The masque in Act IV with Ceres and Juno at its centre however is beautifully sung and well staged, with Juno standing on a nicely decorated bridge and the other two goddesses floating above the stage, artistically tangled in white silk drapes. One of them delivers her lines in an Eastern European(?) accent. This has been criticized but personally I didn’t have a problem with it. The words were recited very well and embraced with warmth.

Giles Terera is a believable Caliban and gives a good performance, although he might not have been as ‘scary’ a monster as he could have been. He made me feel sorry for him, even when he was trying to get Prospero killed. His drunk interaction with Stephano and Trinunculo is quite funny. The latter characters, portrayed very well by Clive Wood and Nicholas Lyndhurst, add to the humour of the play. Lyndhurst makes a good jester but I do feel that some of the laughter from the audience was less to do with his performance but with who he is as a well-known actor and TV roles he has played in the past, particularly Rodney Trotter.

Andrew Jarvis is a brilliant Gonzalo, relishing every word he delivers in beautifully spoken verse. Shakespearian acting at its finest!

This production focuses on reconciliation, forgiveness, empathy, fairness and love – how can this not strike a chord with anyone in one way or another? So if you like Shakespeare (and even if you’re not sure!) I highly recommend The Tempest – I am convinced that Shakespeare himself would have approved of this production.

The Tempest runs at the Theatre Royal Haymarket until 29th October 2011. 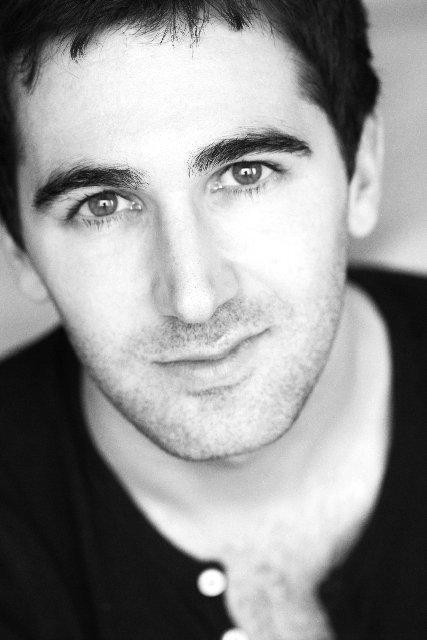 At the time of the interview Tom Lorcan was starring as Tony (Billy’s brother) in Billy Elliot The Musical at the Victoria Palace Theatre London. Set in the North East, Billy Elliot is the celebration of one young boy’s dream. The story is about the coming of age of a boy. He experiences a love…