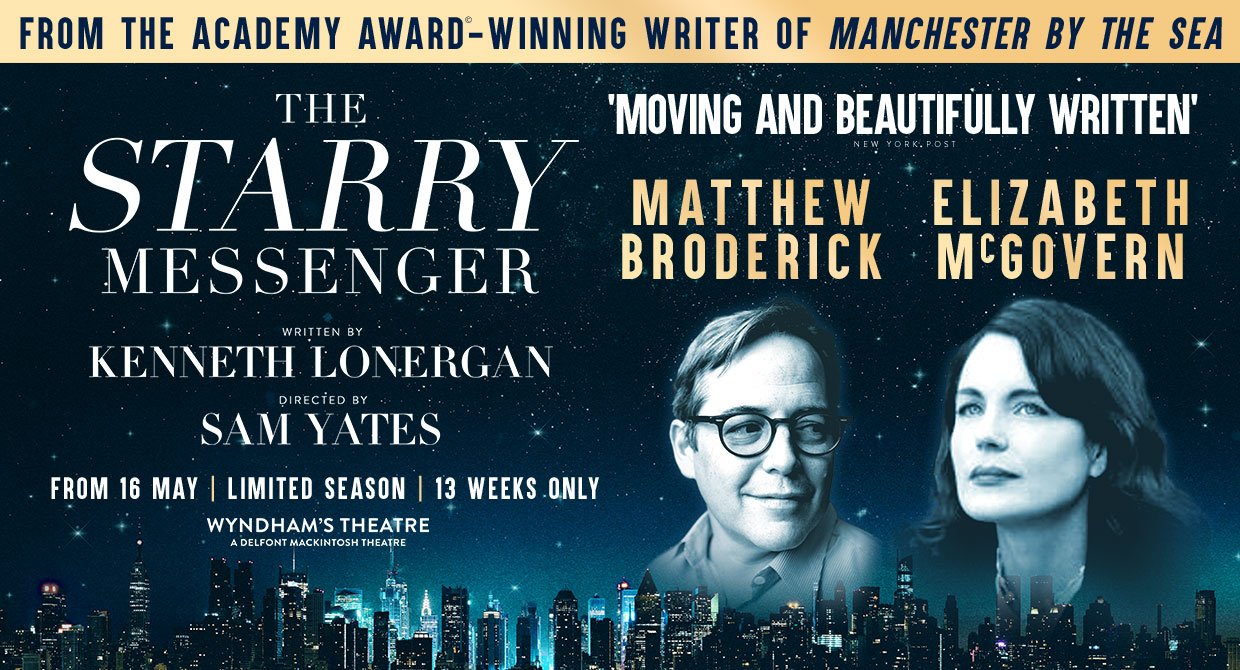 Hollywood star and multiple Tony Award-winning Broadway legend Matthew Broderick – renowned for roles including Ferris Bueller in the iconic movie and Leo Bloom in The Producers – is to make his West End debut in The Starry Messenger by Kenneth Lonergan, the Academy Award-winning writer of Manchester-By-The-Sea.

The production, directed by Sam Yates (Glengarry Glen Ross), also stars Elizabeth McGovern, known to millions for her portrayal of Lady Cora in the multi-award-winning drama series Downton Abbey. The Starry Messenger will begin performances at the Wyndham’s Theatre on Thursday 16 May (Press Night: Wednesday 29 May at 7:00pm) and play a strictly limited 13-week season.

In the vastness of the universe are we all just lonely souls under the same night sky?

Mark Williams is lost. An astronomer at New York City’s Planetarium, he feels a closer connection to the infinite, starry sky than to his job or even to his wife, Anne. Mark doesn’t believe in fate or divine intervention, but the universe has other ideas.

After a chance meeting with Angela, a young single mother, the stars appear to have aligned. But when a catastrophic event rips through their lives, Mark is forced to re-evaluate his life, his faith and his place in the universe itself.

This bittersweet, comic drama is an unblinking exploration of love, hope and understanding our place in the universe, by one of the most celebrated writers working today.

Further casting to be announced.