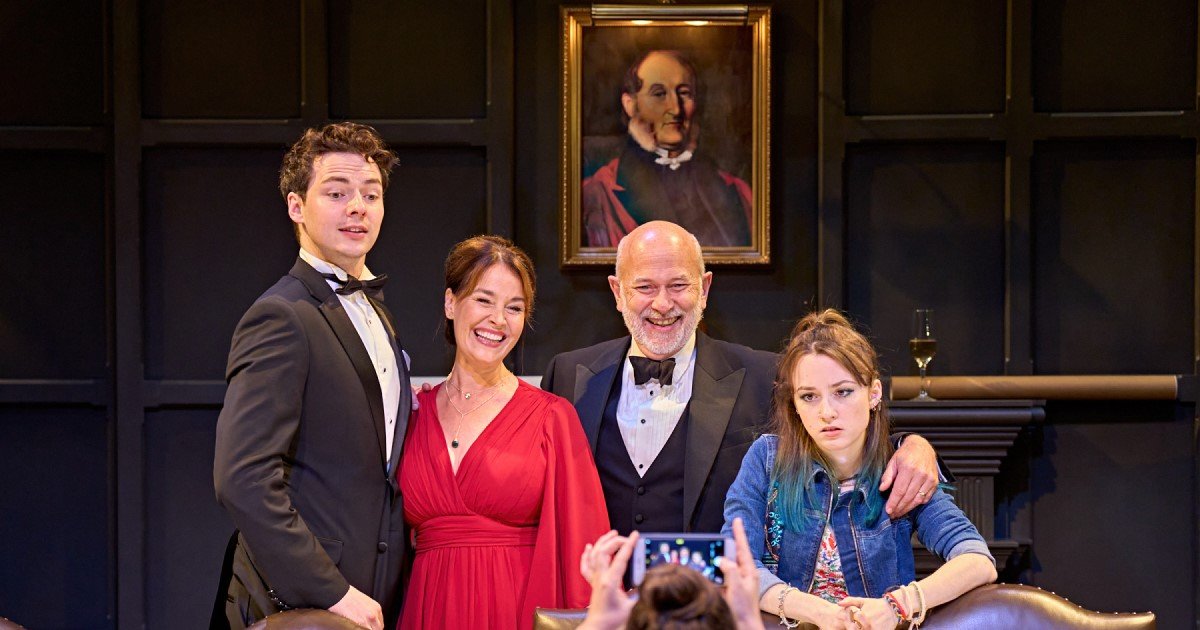 The Hampstead’s Artistic Director, Roxana Silbert, likens Richard Eyre’s new play to Chekhov, proposing that it holds up a mirror to society without suggesting solutions. Whilst it’s true that there are few offered remedies to the dilemmas of Eyre’s script and production (he writes and directs), The Snail House is sadly less of a looking glass and more of a caricature – sketching types and tropes with which we are all-too-familiar and doing little to humanise them beyond perfunctory melodramatic conflict. Eyre’s play is full of emoting but very little sympathy or depth. Other than a multi-generational family unit and servants descending on a grand setting for an auspicious occasion (with rumblings of the wider world discussed in the room), it has little dramatically in common with the Russian master.

Perhaps if Eyre surrendered his script to another director who might challenge the clunky realism of the story’s telling, the production would find more impact. But ultimately, the entire text needs development to earn dramatic relevance or emotional engagement. Every character is an on-the-nose pastiche and their interactions simplistic and obvious – even if he gives them a few entertaining quips. The reference to the monarchy as ‘the chinless Kardashians’ provided much-needed variation from the current national tone of enforced reverence and thus elicited hearty laughs, but little else about this play is particularly clever or witty.

The curtain rises with young caterers, Habeeb (Raphel Famotibe) and Wynona (Megan McDonnell) setting up a grand old boarding school to host a banquet celebrating the knighthood of Neil (Vincent Franklin), a revered paediatrician who became a government podium TV staple during the pandemic. We then meet Val (Eva Pope) and her husband, the soon to be knighted doctor, as she discusses the arrangements with plenty of obvious exposition about their region, class and attitudes as the couple josh about. Sarah (Grace Hogg-Robinson), the 18-year-old daughter of the hosts, arrives with her bicycle and Extinction Rebellion ‘uniform’ followed by her older brother Hugo (Patrick Walshe McBride) in a tuxedo and an air of entitlement and superiority. Hugo, is a Conservative government SpAd with an RP accent and Sarah has kept her Lancashire diction. Amongst the staff is catering manager Florence (Amanda Bright) who seems vaguely familiar to Val and serves as the proverbial Chekhovian gun to go off in the second act.

The pacing is slow and the writing flabby. Whilst McDonnell does indeed have a lovely singing voice and we learn that she aspires to be a professional performer, I’m not quite sure why the already creaking pace is further slowed by treating us to an extended real-time table setting as she and Habeeb sing a nearly full-length Motown number. There is absolutely no dramatic imperative for us to witness the excruciatingly slow laying of a dozen or so dinner settings accompanied with an a cappella soundtrack.

Eyre also seems to have adopted an authorial habit of having his characters enact an episode (which we naturally witness) and then have a new character arrive to be debriefed on what we’ve just seen. Why? The telling of the episode is not significantly different such that we see a character’s perspective as distorted. On more than one occasion the play simply recaps the dialogue that occurred only minutes before. It seems the architecture of Eyre’s play is rather simple: a family experiences tensions across generations with the wider society of the play echoing these conflicts across class and privilege; those who enjoy privilege fail to consider the harm they’ve inflicted due to their narrow field of vision until they are confronted with the consequences. Because this point is made fairly directly, the two acts are embellished with so much socio-political decoration that it comes off as repetitive filler.

It’s a shame because each of the performers is capable and committed. Likewise, the idea of conflicted families and societies confronting the ghosts of their division is an interesting one – whether solved or simply explored. But despite a capable cast and Sir Richard Eyre’s impeccable credentials in the British Theatre, The Snail House manages to be as sluggish as its titular creature.

Sir Neil Marriot had a ‘good pandemic’, becoming familiar to millions from his TV appearances as a government medical advisor. His service even earned him a knighthood, and he is now rewarding himself with a lavish birthday party in the hallowed surroundings of his son’s alma mater. But, amidst the oak panelling, the champagne and the silver service, his family are at one another’s throats again, and he thinks there’s something familiar – and somehow unsettling – about one of the catering staff… 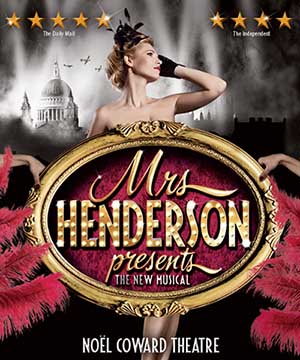 In 2005, Stephen Frears directed the charming war-time tale of the Windmill Theatre in the British-made movie Mrs Henderson Presents. It starred Judi Dench as the eponymous widow and Bob Hoskins as her collaborator Vivian Van Damm. The film was fairly well received, even garnering two Oscar nominations, and now, little over a decade later, it has been adapted… 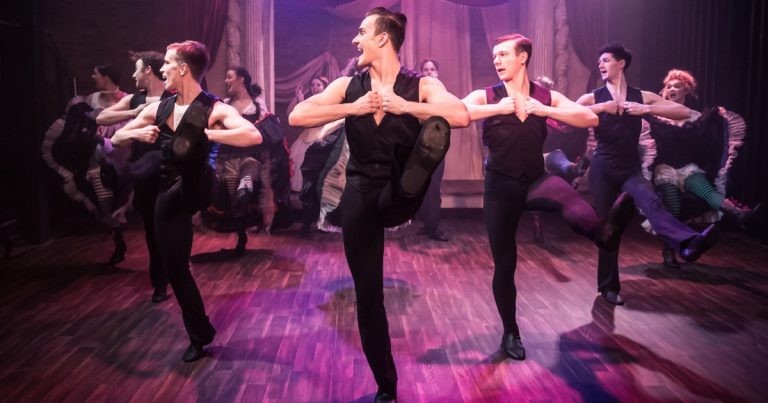 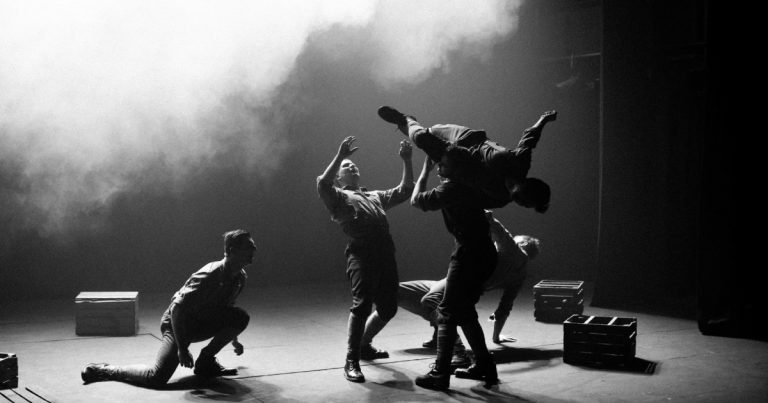 “The First World War was a horror of gas, industrialized slaughter fear and appalling human suffering.” wrote Nick Harkaway in 2012, and they were correct in every respect. Millions dead, empires lost, and the groundwork laid for the rise of fascism less than twenty years later. And for what? Why did this ‘war to end…