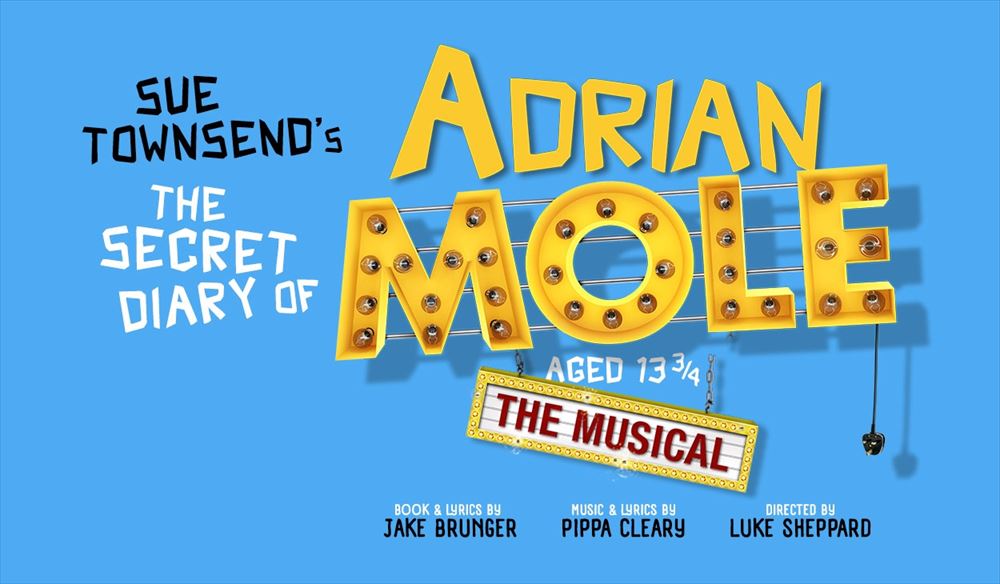 Following two highly acclaimed runs at Leicester’s Curve theatre in 2015 and the Menier Chocolate Factory in 2017, Sue Townsend’s The Secret Diary of Adrian Mole aged 13¾ – The Musical, will open at the Ambassadors Theatre for a limited season from 15 June until 12 October 2019, with a Gala Night on Tuesday 2 July. Tickets on sale from 5 April. The musical has book and lyrics by Jake Brunger, music and lyrics by Pippa Cleary and direction by Luke Sheppard. Casting to be announced.

Set in 1980s Leicester, this adaptation of Sue Townsend‘s best-selling book is a timeless tale of teenage angst, family struggles and unrequited love, told through the eyes of tortured poet and misunderstood intellectual Adrian Mole. One of the most enduring comedy characters of all time, he is the hapless, hilarious, spotty teenager who captured the zeitgeist of 1980s Britain, and this critically acclaimed production brings Adrian’s story to life for a new generation of theatregoers.

“Honestly. My family just don’t understand me. Perhaps when I am famous and my diary is discovered people will understand the torment of being a 13¾ year-old intellectual” Adrian Mole.

Curve’s Chief Executive Chris Stafford and Artistic Director Nikolai Foster said, “It has been a great joy for all of us at Curve to see Sue Townsend’s ‘misunderstood intellectual’ flourish under the inspired writing of Jake and Pippa. We are immensely proud that, after a triumphant opening in Leicester and acclaimed season at the Menier Chocolate Factory, Adrian, Nigel, Pandora and their motley crew are now rocking up in the glitzy West End. It is wonderful to see Sue’s legacy live on and that this quirky, joyous, turbo-charged, home-grown new musical has been embraced so whole-heartedly by audiences at home in Leicester and London.”

The Secret Diary of Adrian Mole Aged 13¾ was Townsend’s first novel, was originally published in 1982 by Methuen, but is now published by Penguin Books. It has sold over 20 million copies worldwide, been translated into 30 languages, and spawned seven sequel Adrian Mole novels. The novels have previously been adapted for the stage, radio and television.

The Townsend family said, “Sue loved West End theatre, and she loved working with Jake and Pippa on the creation of this show. We’re very happy for her and Mole that thirty years after his last appearance, a new generation has brought him back.”

Originally commissioned by Curve and Royal and Derngate, Northampton.