Few performances get more wildly flagged into the West End than Henry Goodman’s Arturo Ui. There are good reasons for the excitement. A big Brecht play with apparently permanent relevance; an actor whose repute is now little lower than the Gambon/McKellen stratum; a German election for good measure. Just as the play leans with almost its entire weight on the overtly Hitleresque Ui and his rise, so must any production depend on the incumbent. Without this pivotal rogue, we are left with a faintly anonymous gallery of hollow vessels and credulous allies, empty as a princeless Elsinore.

Brecht himself called the play a history farce. Bearing in mind the maxim of his political idol Karl Marx about history repeating itself first as tragedy then as farce, it was a deliberately loaded phrase. He also called it a parable and there can be no disputing this, particularly in the plain moral line drawn out by Jonathan Church’s direction.

This course is terrible in its childlike if crazed simplicity. You give a scoundrel an inch and he ends up taking the country. You give him the country and next he wants the world. Brecht wrote it in a matter of weeks while he was self-exiled in Finland in 1941, but he never lived to see it staged. It was only produced in 1958, two years after his death.

The satirist Alistair Beaton, who revises the George Tabori translation for this Chichester Festival Theatre transfer, wonders whether Brecht was in some way frightened of the piece’s political content. Well, it was close to home all right, even if he relocated it in gangsterised Chicago, with the neighbourhood of Cicero representing Chicago and the Cauliflower Trust of vegetable traders paralleling the old Prussian nobility.

As the driven chancer Ui, Goodman earns just about all the acclaim he has received, and could earn even more if his diction was as clear as such veterans as William Gaunt, who plays the von Hindenburg counterpart Dogsborough, or Michael Feast as Ernesto Roma, based on Hitler’s executed rival Ernst Rohm.

I never saw the feted 1967 production with Leonard Rossiter, but I know many who did. If there is a consensus on why he was so good, it is that he knew how to play the schmuck. To use an equally unlovely term of our own, he could do common as if to the manner born. This is not to say that Goodman visits his character’s social roughness from some higher plane, or that he slums it awkwardly. But something else is going on; Jewishness, not class, is the key. Always unfair to tar an actor with the brush of some previous triumph, and yet the figure of Shylock, whom he portrayed so painfully well in Trevor Nunn’s 1999 production, seems to be clinging to him. Or he to Shylock; whichever, this Ui writhes with self-loathing, as if he too has within him a “most impenetrable cur” which he cannot help but kick. To embody this brand of hatred in a comic caricature of Hitler, to make him appear the victim of his own persecution, is chillingly effective.

Time and again we are asked to witness the ludicrous grandeur of this hoodlum’s dreams, only to see his ambition rewarded. If it weren’t such a dreadful indictment of everyone’s inability to stop the upstart, it would be sheer hilarity – never more so than when the Actor (the resonant Keith Baxter) tutors Ui in classical delivery by taking him through the Mark Antony speech from Julius Caesar.

Church and his designer Simon Higlett remind us with the sheer Naziness of the final set that while the comedy may go low, the stakes could hardly be higher. While Goodman’s frequent resemblance to Charlie Chaplain’s Great Dictator  of 1940 invites ridicule, Brecht warns us against flippancy with his references to such historical Shakespearian monsters Macbeth and Richard III.

Here’s a nasty piece of work wrapped in a (for Brecht) relatively well-made play. Were it not for the small matter of the twentieth century, Arturo Ui might just stand as another boo-hiss villain, taking out his hang-ups on the rest of us.

Thanks to Goodman and this driving if slightly overlong production, that would be a grave misdiagnosis. Right at the end, in his direct address to the audience, Goodman warns us that although we may have stopped the bastard in the end, “the bitch that bore him is in heat again.”

This is over-egged language for the present state of Brecht’s and Hitler’s nation, in which Chancellor Merkel is doing nothing more heinous than seeking a coalition partner for her Christian Democrats, but we get the point, we really do. 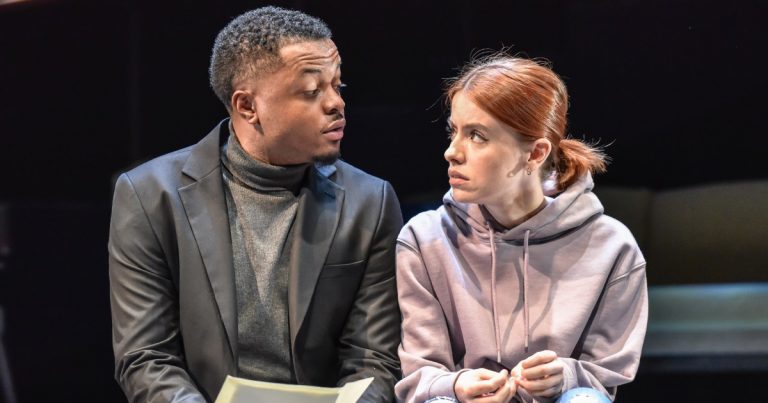 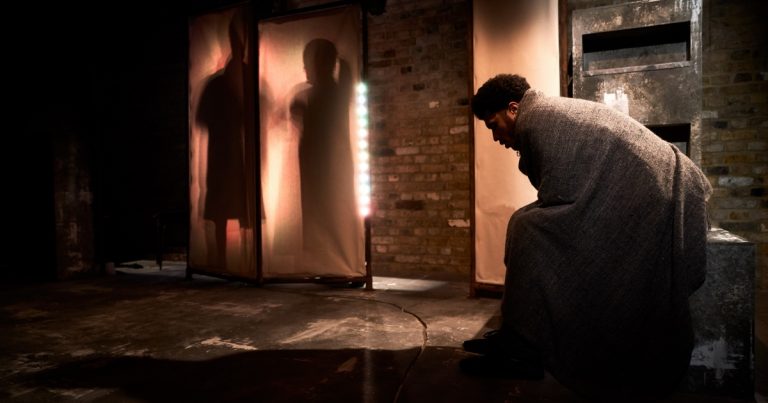