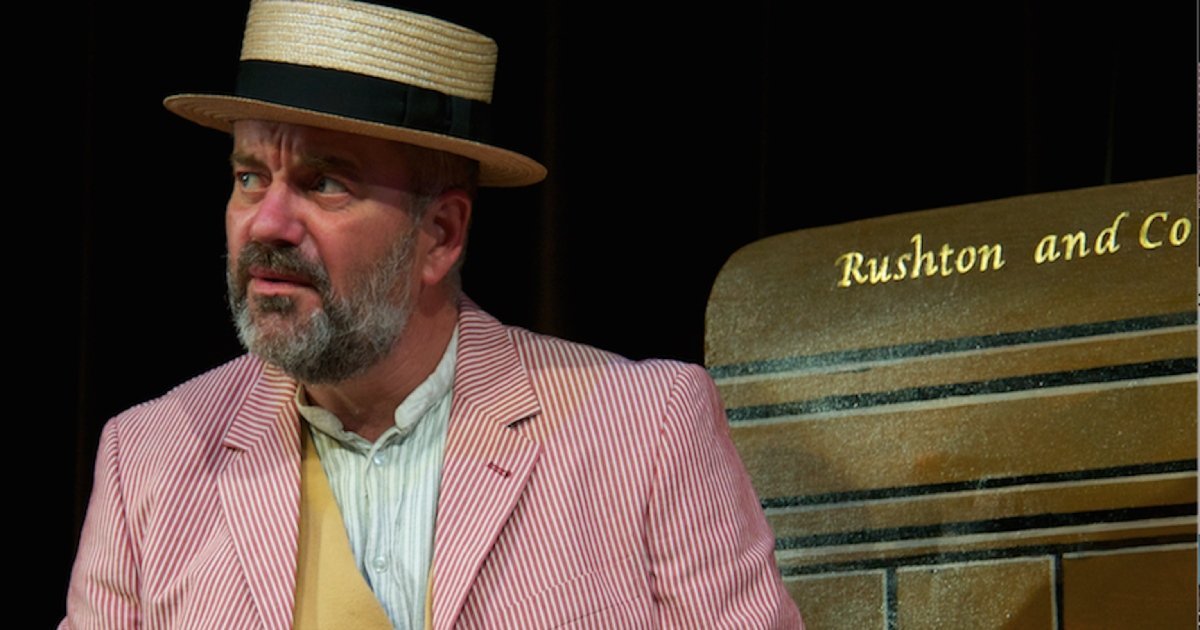 Ever been taken for a ride? I mean a ride in a rickety old brake (carriage), with a set of wonderful eclectic characters, down gentle English country lanes, in a lost-forever time (early last century) with bosses and workers and artists and would-be politicians and a works outing (beano) with a once-a-year pub crawl? Sounds like fun, yes – and believe me it is.

Your host, your evergreen Mister Geniality narrator-host, is the irrepressible Neil Gore who, as this is a one-person show, plays all the different characters with languid panache and a doff of the appropriate cap. Or bowler. Or boater. Or beret. Yes, this is a tour around our country’s social history, an in-depth look at the wealthy businessman-bosses relationships with their workers who are desperately trying to scrape a living and – whilst being instructive – it is also fun and funny and entertaining and affectionately engaging.

Gore is the undisputed master of this type of social commentary: realpolitik with a heart, socialism with a soul. He likes an audience and his philosophy is to get that audience into the carriage and take them with him as he explores the intricate lanes of ideas and ideologies and how events from over a century ago still have currency in the political turmoil of today. The audience, therefore, is always key to Gore’s particular theatrical format and he chats to us as we enter, he sells us programmes, he gets us singing along and, inevitably, he recruits some helpers to come up on stage to progress the story. There’s no doubt that Gore is on sparkling form here with his idiosyncratic brand of rolling narrative interspersed with songs, winks, asides and funny one-liners that are all part of his endearing USP. And we, the audience, willingly buy into this as he chides and chivvies, mocks and mimics, chortles and challenges throughout the proceedings leaving us feeling not just that we’ve seen a show, but we have been part of it.

Gore, himself, adapted Robert Tressell’s The Ragged Trousered Philanthropists, hailed as the first major novel on the British working class and seen as a socialist classic. The show fits neatly into Townsend Productions burgeoning canon of working-class subjects – originals penned by Gore – which include The Shrewsbury Pickets (United We Stand), the Spanish Civil War (Dare Devil Rides to Jarama) and, most recently, the Grunwick Strike (We Are The Lions Mr Manager!). Rouse Ye Women!, about the Chainmakers’ Strike, is in development.

The show is directed by Louise Townsend and the symbiotic relationship between these two perennial collaborators is on show for all to see in the neat framing of what are often complicated narratives and the clarity and simplicity with which the substance of the show is presented. The ingeniously functional set is designed by Elizabeth Wright with excellent Lighting and, particularly, projection by Daniella Beattie.

It’s always good to see a “Magic Consultant” (Neil Henry) listed in the production credits: the magic money sequence, that enrols those intrepid audience volunteers to demonstrate how capitalism works, is worth the entrance fee alone, I would suggest. Mr Gore confided in me that in a one-person show he has no-one else to help or blame: except those audience volunteers, I ventured – and I hope they’re getting paid… Of course, came his reply: one ha’penny each. To put that into context the painters and decorators in the show were being paid seven and a half pence a day – and their boss considered that too much.

So, The Ragged Trousered Philanthropists is a wonderful entertainment for all the family – it would be so beneficial if school-age children could be brought to see it for it’s witty and boisterous recording of aspects of our social history.

There is a well-defined political message but it is put across without being heavy-handed or resorting to brow-beating. One can’t help musing, though, that in the present political climate, and the state of the Labour Party, whether we really are being taken for a ride and this is actually a torch song for socialism.

Due the warm reception the play received across the country, Gore and director Louise Townsend have revised the production, transforming it into a one-man show complete with speeches, audience participation and songs from the classic book, featuring the Great Money Trick as its centrepiece.

The Ragged Trousered Philanthropists is a unique document. A novel of humour and sharply observed characterisation, it is also a passionate defence of socialist ideas and one of the first truly imaginative portrayals of life written from a working-class perspective.

The book charts a year in the lives of a group of painters and decorators in the town of Mugsborough at the turn of the last century. Haunted by fears of unemployment, the men struggle to keep their jobs at any cost but, in the course of events, some of them begin to realise that their condition of miserable poverty is neither ‘natural’ or ‘just’.

These workers, the ‘philanthropists’ of the title, who throw themselves into back-breaking work for poor wages to generate profit for their ‘masters’ are joined by an artist, Owen, whose spirited attacks on the dishonesty of capitalism, along with his socialist vision, highlight their workplace exploitation and the inequality in society as a whole. 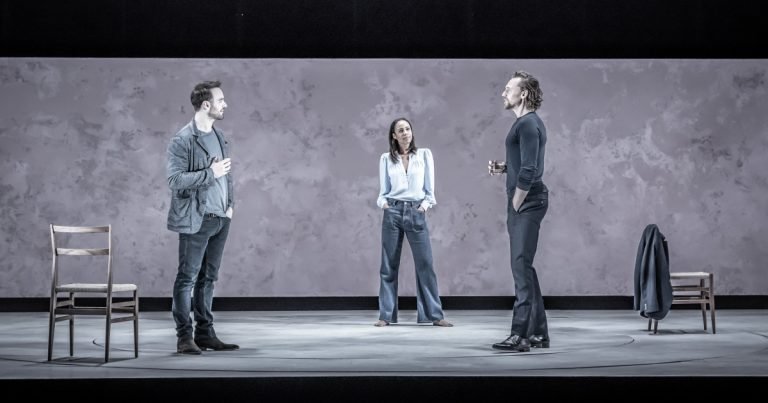 Betrayal tells the tale of a covert romance from a reverse perspective. Rather than showing a couple falling in and out of love, it shows them falling out of love and back in again, charting the course of a seven-year affair from 1977 to 1968, with a backward glance at life’s little ironies. The casting…