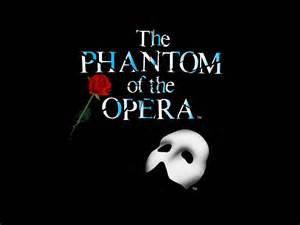 Anniversary shows are something to celebrate in theatre, especially in this current climate when productions seem to close before they’ve even had a chance to get off the ground. Making it to the one year mark is a huge achievement nowadays, so managing an incredible twenty-seven years is really something to celebrate! That is exactly what the Broadway production of The Phantom of the Opera did yesterday (26th January); unfortunately, what should have been a special and memorable night never happened as the performance was cancelled. New York has been hit by adverse weather that caused most of Broadway’s theatres to close their curtains on the night’s performances.

The Phantom of the Opera is Broadway’s longest-running production, first opening at the Majestic Theatre in January 1988 with the show’s original West End stars, Michael Crawford, Sarah Brightman and Steve Barton, reprising their roles. Tony Award-winning American stage actor Norm Lewis is the latest in a long line to don the iconic mask, making history when he did so as the first black actor to play The Phantom. He is currently starring in the Broadway production alongside Julia Udine as Christine Daae and Jeremy Hayes as Raoul, Vicomte de Chagny.

It’s highly disappointing for the show and its cast that they missed out on the chance to celebrate Phantom Broadway’s 27th birthday. Long-running musicals that are still going strong decades after first opening are a rarity these days, with the likes of The Phantom of the Opera a breed apart from most other shows which can only dream of being in the same position. Indeed, looking at the shows in our own back garden, it’s an ever-changing cycle of opening and closing productions. The West End production of The Phantom of the Opera is now in its twenty-eighth year and showing no signs that its popularity is waning. ‘The Brilliant Original’ and Les Miserables are miles ahead of other shows in the West End in regards to long-term residency. The Lion King, Billy Elliot and Mamma Mia! are probably the three closest competitors, but it seems that musicals that have moved into the West End in recent years would be best off signing a short-term lease as they tend to be served their closing notices before reaching the one year mark. In 2014 for instance, Tim Rice’s musical adaption of From Here To Eternity and Andrew Lloyd Webber’s Stephen Ward both closed within months of opening – a far cry from the success that used to be pretty much guaranteed when a show that had their name attached to opened in town. Then there was I Can’t Sing: The X Factor Musical…audiences barely had time to form an opinion before it was announced that it was closing. The West End’s most recent casualty is new stage musical Made In Dagenham. Adapted from the  2010 hit film, it featured a book by Richard Bean, music by David Arnold and lyrics by Richard Thomas, and starred actress Gemma Arterton. It made its world première at the Adelphi Theatre on 5th November 2014 (previews from 9th October), and despite a highly positive response from audiences and favourable reviews from critics, it was announced last week that the show is set to close on 11th April 2015 after five months in the West End. A UK Tour is in the works however.

It begs the question: What does a musical have to do to succeed these days? Is it just a sign of the times or a deep-rooted problem with the types of shows that are being brought to the stage? I do sometimes wonder how a show like Phantom, which is probably the most successful musical in the world, would fare if it opened today…would it still go on to achieve the incredible success that it has or would it too be posting closing notices a few months down the line? I really don’t know if all these short-runs are a reflection on the shows or the theatre-going public, but it’s something for us all to ponder on. In the meantime, we can again offer our congratulations to the Broadway production of The Phantom of the Opera…now twenty-seven years old. It’s a milestone moment anyway, but the way things are in the industry today, it’s even more worthy of celebration. 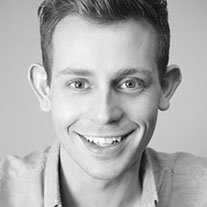 When you look at the West End as a whole, it generally appears to be in pretty good health. Yes, there are certain shows which don’t necessarily measure up to the level of high quality you’d expect to find there, but as a majority, there are an overwhelming number of very good shows. Being good…