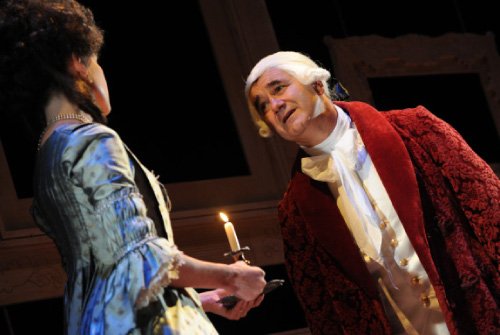 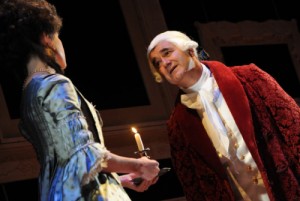 fast-paced play about a King’s journey through an unbearable illness and the effect it has on his government, his family and, most of all, himself.

It’s October 1788 and King George III, the fast talking, no fussing, very charming leader has fallen ill. We see his deterioration begin at four o’clock in the morning, when ringing his servant bell and screaming nonsense about the boys not being awake. From this point onwards, the King’s mannerisms, speech and social skills are somewhat a bit of a mess.

We meet three of the best physicians in the country (a comedy trio of  their own) and watch on painfully as they prod and poke the King. They then succumb to what can only be described as torture. Using heated up glass cups, they blister their great leader, draw blood, force him to spew and give an ongoing commentary of his ‘water’ and his stool output. 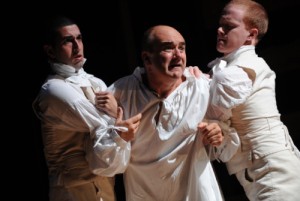 Alas, none of this unbecoming treatment prevails, and the finest brain specialist is summoned. From here on we see, very subtly, the changes in George. Dr Francis Willis, after lots of observation, uses the simple power of words.

The greatest treasure of this play is the outstanding David Haig. An actor so honest, so magnetic, so alive. He manipulates the audience’s emotions, one minute his illness is the funniest thing you have ever seen, the next moment the saddest.

I wasn’t sure whether my tears were from side-splitting laughter or heart-breaking empathy.

Haig commands the stage from the word go, a dramatic opening in a sea of blue light and a chorus of vastly dressed lords and ladies. The set, plain with its light wooden simplicity allows the actors to create the scenes. The designer (Janet Bird) uses such a small amount of set, you almost don’t notice it. A door, or a single chair will create an entire room, and it works.

Although the play is undeniably led by Haig (the audience goes mad for him at the curtain call) we must credit the supporting actors and the fantastic ensemble. Queen Charlotte, also known as ‘Mrs King’ is a large lady with a lot of heart. A dominant woman, with a lot of power, the respect and love she holds for George is extremely touching and Beatie Edney plays it with grace and elegance. Their son (Christopher Keegan), The Prince of Wales (and one of FIFTEEN children) is a downright brat. He and his men are the villains of this piece, just waiting for his place on the throne.

The trio of doctors make a fantastic comedy sideline. Although, similar to Haig, they command whether you are laughing at them, or despising them. At the end of Act One we see the King, Adonis of all men, strapped like a unwilling child to a table, while the doctors prepare the blistering instruments. Then Act Two opens and we see them studying the Kings faeces, as if they were discussing the weather!

“Madness is not half blind.”

The doctor we really bond with is Dr Willis, played by Clive Francis. A stubborn old man with no patience for bowing and other royal formalities, here to cure the King and get back to Lincolnshire. As the King gets better, Willis becomes fonder of the old man, watching him recite Shakespeare, seeing how witty and clever the madman is. Alan Bennett’s ending to this play broke my heart and squandered what I thought was going to be a wonderful friendship. 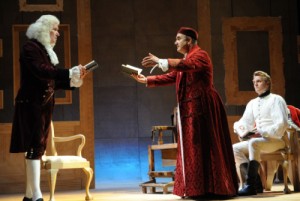 The most charming characters are the King’s men and their Captains. Completely professional and hard-working boys, they are the front line of the palace and the King’s right hand men. Yet as the King loses his grip, the boys are lost as the doctors order them to strap him down, strip away his masculinity and his robes. Soon enough our charming chaps (Ryan Saunders, Orlando James, Ed Cooper Clarke, Beruce Khan) are stuck to George’s side. Sleeping with him, playing cards, feeding him. And we are in for another heartbreak towards the final scene as the king gets better, the boys are given a rotten thank-you.

The Madness of George III is clever, funny, witty, heartbreaking and brilliantly directed by Christopher Luscombe. A masterpiece of tears, tantrums, laughter and love. Love for Mrs King, love for your health, and love for your country. 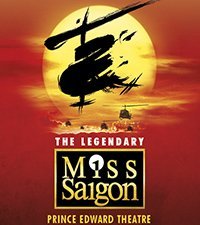