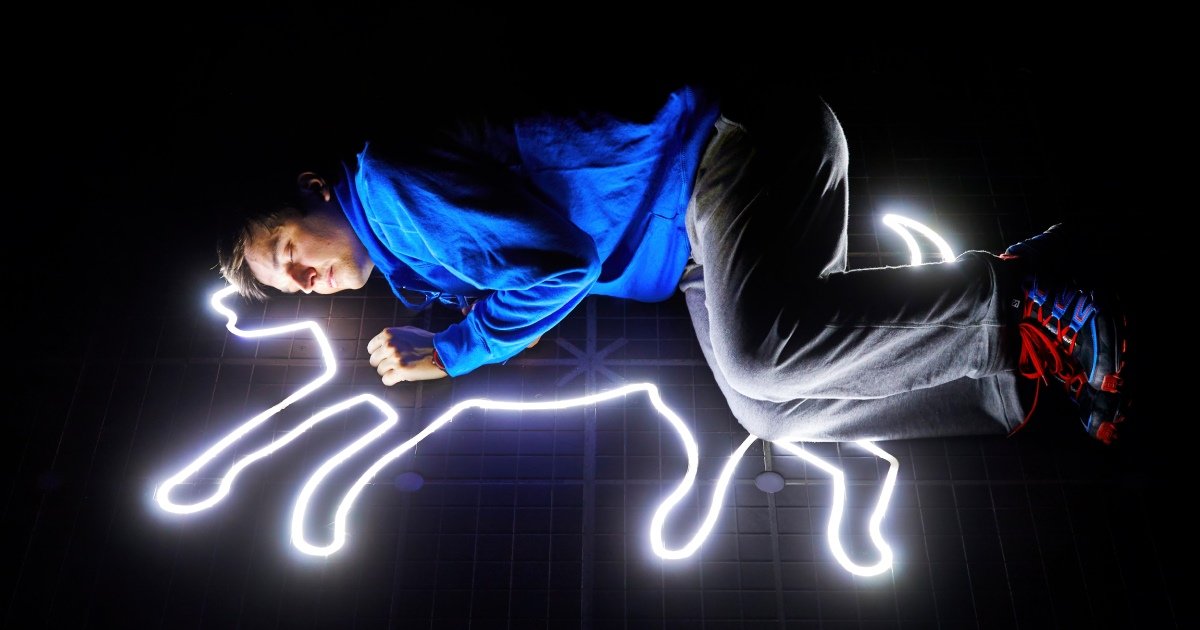 Tickets for The Curious Incident of the Dog in the Night-Time at the Piccadilly Theatre go on sale to the general public on Friday 21 September at 9.30am. Casting to be announced.

Curious Incident, which has now been seen by more than three million people worldwide, transferred to London’s West End following a sold-out run at the National Theatre’s Cottesloe Theatre in September 2012. It is the recipient of seven 2013 Olivier Awards, including Best New Play, Best Director, Best Design, Best Lighting Design and Best Sound Design – more Olivier’s than any other play in the history of London’s West End at that time.

The show recently completed a 30 date tour of the USA, and a second 25 city tour of the UK and Ireland ended in September 2017. An international tour visited Amsterdam, Toronto, Hong Kong, Singapore, Shanghai, Beijing, Guangzhou, Melbourne, Brisbane, Adelaide, Canberra, Sydney and Perth from 2017 – 18. A schools tour, taking a specially staged in-the-round Off-Broadway version of the play into 60 schools around the country runs until December.

The Curious Incident of the Dog in the Night-Time at the Piccadilly Theatre is a co-production with the Ambassador Theatre Group.

Simon Stephens said: “I am stunned and inspired by the return of Curious Incident to the West End. It is a story that means the world to me. Mark Haddon’s exquisite imagination twisted into shape and infused with life by Marianne Elliott and her incredible team. After travelling the country and seeing the world Christopher Boone is coming back home. I’m mainly thrilled because I get to see it again.”

Lisa Burger, National Theatre Executive Director said: “We always felt that there were many more performances of Curious Incident in the West End left to give, and many more audiences who were yet to connect with Christopher Boone and his extraordinary story. We’re absolutely thrilled to be joining with ATG to bring Curious Incident – with its stellar creative team – back to the West End and we can’t wait to share this beautiful and inventive show with a new generation of audiences.”

The show tells the story of Christopher John Francis Boone, who is fifteen years old. He stands besides Mrs Shears’ dead dog, which has been speared with a garden fork, it is seven minutes after midnight and Christopher is under suspicion. He records each fact in a book he is writing to solve the mystery of who killed Wellington. He has an extraordinary brain, and is exceptional at maths while ill-equipped to interpret everyday life. He has never ventured alone beyond the end of his road, he detests being touched and distrusts strangers. But his detective work, forbidden by his father, takes him on a frightening journey that upturns his world.

The production is designed by Bunny Christie, with lighting designer Paule Constable, and video design by Finn Ross. Movement is by Scott Graham and Steven Hoggett for Frantic Assembly, music by Adrian Sutton and sound by Ian Dickinson for Autograph.

Mark Haddon’s novel The Curious Incident of the Dog in the Night-Time was published in 2003 and was the winner of more than 17 literary awards, including prizes in the US, Japan, Holland and Italy, as well as the prestigious Whitbread Book of the Year Award in the UK in 2004. The novel has been translated into 44 languages and sold more than 5.5 million copies world-wide.

Marianne Elliott, who was recently awarded an OBE for her services to theatre, is the Artistic Director of Elliott & Harper Productions, a company she recently set up with producer Chris Harper. Their latest production is Stephen Sondheim and George Furth’s musical comedy, Company, which opens at The Gielgud Theatre in London on 26 September 2018. Directed by Marianne Elliott and designed by Bunny Christie, the cast includes Rosalie Craig as Bobbie, Patti LuPone as Joanne, Mel Giedroyc as Sarah and Jonathan Bailey as Jamie.

Marianne was an Associate Director of the National Theatre for 10 years, where her work includes Tony Kushner’s Angels in America (which transferred to Broadway in February 2018 and won three Tony® Awards including Best Revival of a Play), War Horse (Tony® Award for best director, alongside co-director Tom Morris), Rules for Living, The Light Princess, Port, Season’s Greetings, All’s Well that Ends Well, Harper Regan, Saint Joan (Olivier Award for Best Revival, South Bank Show Award for Theatre), and Pillars of the Community (Evening Standard Award for Best Director). Marianne was consultant director on The Elephantom for the National Theatre and directed Sweet Bird of Youth for the Old Vic with Kim Cattrall. Elliott & Harper’s previous productions are: Heisenberg: The Uncertainty Principle, co-producer of Angels in America in New York and The Lion the Witch at the Wardrobe (directed by Sally Cookson) at Leeds Playhouse.

Mark Haddon is an author, illustrator and screenwriter who has written fifteen books for children and won two BAFTAs. His bestselling novel, The Curious Incident of the Dog in the Night-Time, was published simultaneously by Jonathan Cape and David Fickling in 2003. It won seventeen literary prizes, including the Whitbread Award. His poetry collection, The Talking Horse and the Sad Girl and the Village Under the Sea, was published by Picador in 2005, and his last novel, The Red House, was published by Jonathan Cape in 2012. His latest book is The Pier Falls, a collection of stories. He lives in Oxford.

Simon Stephens’ plays for the National Theatre include a new translation of The Threepenny Opera, Port (originally produced at the Royal Exchange and directed by Marianne Elliott), Harper Regan (which was also produced at Canadian Stage) and On the Shore of the Wide World (co-production with Royal Exchange, Manchester: Olivier Award for Best New Play). His many other plays include Carmen Disruption, Heisenberg: The Uncertainty Principle (Broadway and West End), Birdland, Blindsided,

Three Kingdoms, Wastwater, Punk Rock, Seawall, Pornography, Country Music, Christmas, Herons, and A Thousand Stars Explode in the Sky (co-written with Robert Holman and David Eldridge), an adaptation of Jon Fosse’s I Am the Wind and Motortown. His version of A Doll’s House for the Young Vic transferred to the West End and then New York in 2014. Simon is an Associate at the Lyric, Hammersmith and the Royal Court Theatre. Simon’s book – Simon Stephens, A working Diary was published in 2016.