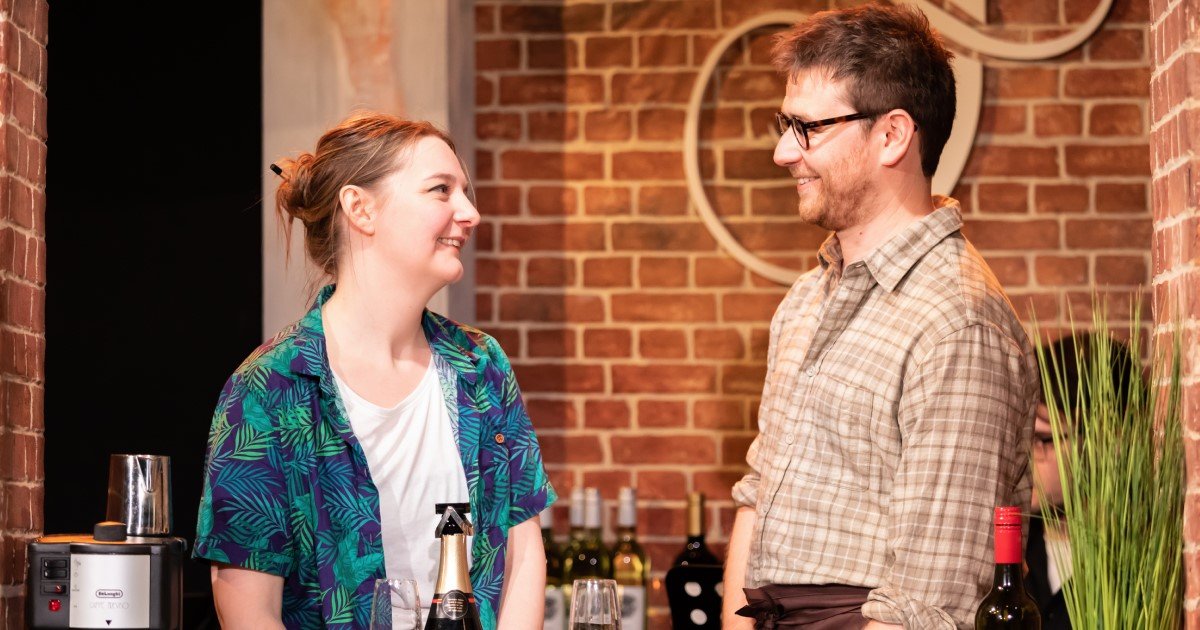 According to many detective stories, human beings make the most unreliable witnesses to events. Although they all may experience and see the same things, their perception of what has occurred will vary considerably depending on their own thoughts and personalities. I’m not sure exactly how true this is but it’s an idea that has been explored in Richard Baker and Charlie Ryall’s new musical Tasting Notes which has just opened at the Southwark Theatre.

LJ (Nancy Zamit) is having a hard time. She is putting her knowledge of wine to good use in her own bar, which is becoming successful but is getting worried as this may be all there is in her life. She also has staffing problems. Not from bar staff Oliver (Niall Ransome), Maggie (Charlie Ryall) or chef Eszter (Wendy Morgan) but because her young waiter George (Sam Kipling) hasn’t turned up for his shift. She’s now one person short, but Eszter has to leave after an urgent call from her son and Oliver isn’t working late as he has to get home to give his cat their medicine. So, it’s just LJ and Maggie looking after the place. It’s not too much of an issue as it’s nearly the end of the night and the only patron is bar regular Joe (Stephen Hoo). The night ends and the new day begins, who knows what the dawn will bring for LJ, the team, and the customers?

As an idea, Tasting Notes is very intriguing “If you could see one day played out in the lives of several different people, all from inside their heads, would everything be the same?” Charlie Ryall’s book gives the audience the chance to see the same 24-hour period as viewed from each of the character’s perspectives. And, as a narrative device, it sort of works. Each character has their own personality and views the events of the day completely differently. This is really true when we see the day through the eyes of George and Eszter, who have very different views of events. The problem is that the order of viewpoints means that, without giving too much away, one of the viewpoints is really incomplete because another later in the show takes the story down a very different path from everything presented before. I can’t really explain in any detail as that would lead me into spoiler territory.

Richard Baker and Charlie Ryall’s music is pretty good all the way through and there are some really good numbers, including ‘Tasting Notes,’ ‘Smile’ and ‘Better Than People’ which work really well in their context. The actors weren’t wearing Microphones and from where I was sitting, that wasn’t too much of a problem though, because they are on a thrust stage, some of the words were lost when an actor had their back to our part of the seating.

Justin Williams’ set design is pretty impressive at first sight, and LJ’s wine bar is nicely brought to life. However, once the show started, I felt that it was a little cramped for the space and number of actors. Sitting in the front row, there were times when actors were a little too close for comfort. Personally, I would have lost one of the tables, and possibly moved the band – though I appreciate the space was quite tight – which would have given Director Shelley Williams more space to play with.

Turning to the cast and they were uniformly good. There was a nice relationship between Niall Ransome’s Oliver and Charlie Ryall’s Maggie which worked well in the context of their hesitant feelings for each other. Nancy Zamit was excellent as LJ, and really dominated the first act. For me, the two stand-out performances were Sam Kipling and George and Wendy Morgan as Eszter, and both of them really nailed their characters beautifully.

Ultimately, Tasting Notes left me feeling a bit disappointed. I really was looking forward to seeing the show, but I don’t think it fully delivered. I felt that with a running time of two hours fifteen, including an interval, it was too long. Whilst I liked the idea behind the show, somehow it didn’t click for me. The actors performed well but ultimately, for me, the heart of the show just wasn’t quite there. 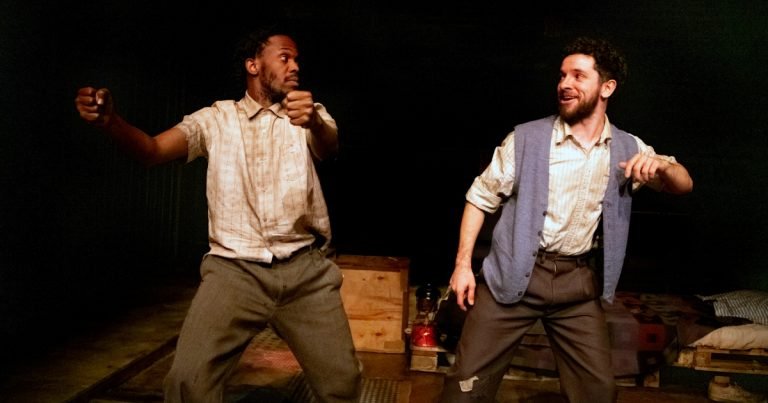 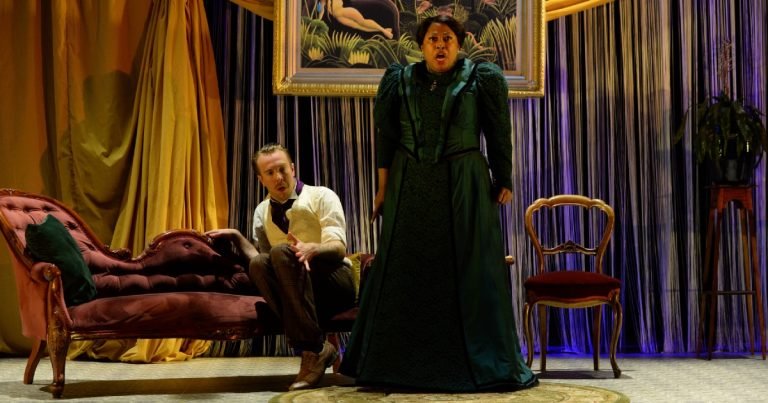 Pegasus Opera aims to provide opportunities for artistes of diverse backgrounds and to promote opera in under-served and culturally diverse communities. To this end, it provides educational programmes for thousands of young people in London and the regions. It also stages productions, this time a double bill of two short operas by the American (b…