The enjoyment of food is relative to each individual, in that one person may adore fish and want to eat it for every meal, while another may abhor the taste and go with a different option. Theatre works on the same principle; it has its own unique flavour and not everyone will appreciate it in the same way.

As in anything, there are always shades of grey within the areas of black and white, but generally speaking, people can be divided up into those who love theatre, and those who don’t. Naturally, I am of the former, and as such, adore anything theatre-related and find pleasure in being around like-minded people who do indeed share the same appreciation for the art form as me. I love going to see a show with a fellow theatre lover who I know will enjoy the experience as much as I will, I love talking about all things theatre with someone who has as much enthusiasm for the subject as I do, and I love meeting new people and discovering we have this appreciation for the world of theatre in common. There is a certain satisfaction to be had in trying to convert a non-theatre lover to the land of stagey joyfulness, but nothing tops being around people who have a song from a musical for any situation, can debate with you about who’s played the best Elphaba in Wicked and has a playlist of nothing but musical theatre on their phone.

The stagey life isn’t for everyone, therefore anyone immune to musical theatre fever may want to avoid Trafalgar Square next weekend as over half a million theatre fans are set to descend on London for West End Live 2015 – no-one wants a West Side Story-esque war between the two sides, and there’s no sight more terrifying than an advancing army of theatre lovers wielding the devastating power of jazz hands (to master the technique, hold palms up forward-facing and with fingers splayed, then shake hands vigorously while simultaneously giving a 1000 watt, cheshire cat smile).

So what is West End Live you ask, and why is it such a honeycomb to the swarm of theatre lovers expected to attend this year’s event? Every year, the casts of some of the biggest and best shows in the West End perform live on stage in the weekend-long event, which is open to the public and completely free. Now in its 11th year, West End Live returns to Trafalgar Square on Saturday 20th and Sunday 21st June 2015 to continue the annual showcasing of London’s musical theatre industry, The event moved from its original Leicester Square venue in 2011 to its current home at Trafalgar Square, and has grown in popularity with every passing year. It now has a record-breaking number of West End shows taking part and regularly attracts an audience of thousands.

‘The free musical extravaganza, showcasing the best of the West End, is now the largest event of its type in the world and attracts crowds of more than 500,000 people over the course of the weekend. Organised by Westminster City Council in partnership with the Society of London Theatre, this year’s celebration is set to deliver another star-studded, packed weekend of free entertainment from some of the West End’s biggest shows.’

The eagerly anticipated line-up and schedule for West End Live 2015 was announced just this week, and includes performances from over 30 West End musicals, touring productions and incoming shows, with many more treats in store. Some are event regulars, while others will be making their West End Live débuts. Audiences can look forward to performances from such long-term West End favourites as Les Miserables, The Phantom of the Opera, Mamma Mia, Billy Elliot and Wicked, as well as newer arrivals like The Commitments, Memphis and Sunny Afternoon, and also catch a sneak preview of Elf The Musical and Stiles & Drewe’s The 3 Little Pigs. Another highlight is Sunday’s West End Cabaret, hosted by Ben Stock and featuring appearances from some of ‘best loved performers’ in the West End.

A host of London’s most popular cultural attractions will be there too, providing a range of interactive activities for all the family. Fans can also visit the event’s former home at Leicester Square, where the returning pop-up Spiegeltent will be situated to offer ‘a dose of family-fun’.

West End Live 2015 is held in association with Mastercard and organised in partnership between Westminster City Council and Official London Theatre. The 11th annual West End Live runs from Saturday 20th June (11am-6pm) to Sunday 21st June 2015 (12 noon-6pm) at Trafalgar Square, with gates opening at 10:30am (Entrance A is at the North West corner and Entrance B at the North East corner). It’s a weekend-long opportunity for theatre fans to come together and celebrate the wonderful world of theatre, soaking in the fantastic atmosphere and enjoying free live performances from some of the best in the West End. Stagey and proud! That’s exactly what West End Live is all about…it really is an event not to be missed. So take the chance to stand proud in your love of theatre as part of a crowd of thousands of fellow theatre lovers.

UK theatre has had one of its best ever years. The talent on display has been phenomenal and last night it was recognised at the glittering Olivier Awards at the Royal Opera House in London. Join us in congratulating the winners: Here are a few of them… This Morning Audience Award WICKED is the award-winning… 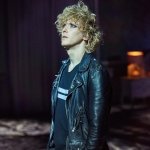