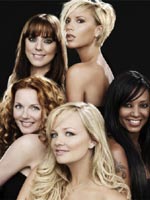 After recent rumours circulated about the closure of hit show Ghost The Musical, the news was confirmed last week. After nearly a year in the West End, the award-winning musicalis set to close at the Piccadilly Theatre this autumn. Adapted from the popular 1990 film starring Patrick Swayze and Demi Moore, original screenplay writer Bruce Joel Rubin wrote the book for the musical, which featured a score by Dave Stewart and Glenn Ballard and was directed by Matthew Warchus, who also directed the other highly successful musical to hit the West End in 2011, Matilda The Musical.

Current leads Siobhan Dillon and Mark Evans will say their final farewells with the rest of the cast on 6th October 2012 in a move which has shocked the show’s many fans. The Piccadilly Theatre won’t remain empty for very long however, following the announcement that the much talked about Spice Girls musical will open at the venue in December 2012.

The musical, titled Viva Forever!, has been in the works for a while, with workshops having already taken place. Produced by Mamma Mia’s Judy Craymer, it has a book by comedienne Jennifer Saunders and is to be directed by Paul Garrington after original director Marianne Elliot pulled out of the production. The rest of the creative team includes choreography by Lynne Page, design by Peter Mackintosh and orchestration by Martin Koch.

A wide selection of the girl band’s biggest hits will appear in the show, including such songs as ‘Who Do You Think You Are’, ‘Mamma’ and of course ‘Wannabe’, which was the band’s first single released in 1996 and shot to number one in over 30 countries.

The Spice Girls were one of the biggest British pop bands of the nineties, forming in 1994 and dominating the radio waves and television for years with their  popular brand of pop music and message of ‘girl power’. Comprised of Mel B (Scary Spice), Geri Halliwell (Ginger Spice), Victoria Beckham (Posh Spice), Emma Bunton (Baby Spice) and Mel C (Sporty Spice), the group split in 2001 following the earlier departure of Halliwell. In that time, they sold 75 million records worldwide and won a plethora of awards, including four Brits, making them the best-selling female group of all time. After carving out successful solo careers after disbanding, they briefly reformed in 2007 for a reunion album and tour, which featured a mix of Spice Girls and solo material.

The musical will not feature the five original Spice Girls, although it is believed that they will be attending its West End premiere. Auditions are to take place later this month, with the prospective idea of casting the musical by means of a TV show – akin to Andrew Lloyd Webber’s forthcoming Superstar – having seemingly been dropped.

Although not the biggest lover of jukebox musicals, as a nineties teenager who spent hours in her bedroom with friends singing Spice Girl songs into hairbrushes, I am rather looking forward to Viva Forever in my own way (I’m just praying that it will be better than the 1997 Spice World film). I still – secretly – enjoy the Spice Girls’ music and am quite proud of the fact that I can still do the rap from ‘Wannabe’ word for word! The musical is bound to carry its doubters, but I believe that they are going to be substantially outnumbered by theatre and Spice Girls fans alike who are eagerly anticipating opening night. Will Viva Forever succeed in ‘spicing’ up the West End? Well, you’ll just have to wait until December to find out!

The team behind the mighty Faulty Towers Dining Experience is branching out into weddings. Or, more precisely, a wedding reception – the wedding itself has already happened. Kate and Will, desperate to keep the affair as low-key as possible, opted for a discreet registry office ceremony; however, they reckoned without the force of nature that…