After a well-received adaptation of A Study in Scarlet, playwright Greg Freeman turns his hand to a new Sherlock Holmes tale at the Tabard Theatre. Sherlock Holmes and the Invisible thing has all the trappings of Holmesian tale, though ultimately the pay-off may disappoint serious Sherlock Holmes fans.

The Tabard sets the scene with strangely saccharine music, offering up an evening of light-hearted entertainment. We open with a panicky Lady Grendle (Saria Steel), Steel’s natural charm and elegance downplayed with tussled hair and anxious manner. As Sherlock Holmes (Alex Mann) and Dr Watson (Richard Fish) appear on the scene, the tendrils of a baffling mystery begin to unfold.

From the first, sharp one-liners abound – moments of pure wit, the banter between Holmes and Watson satisfyingly crisp. Fish, endowed with the best of these overt comedic moments, certainly takes advantage, though at times the note is hit too forcefully.

Despite expectations one might have of the great duo, it is moments between Holmes and Inspector Peacock (Dan Maclane) which really shone through – Mann and Maclane both deliver smooth, confident performances. Mann is particularly convincing as Holmes, his interpretation traditional yet poised, his moments of deduction assertively delivered with the energy and rigor old-school Sherlock Holmes fans will love, though these deductions feel at times a little irrelevant to the overall plot. Also impressive is Faith Edwards as Mrs Rochester, her role the most challenging to deliver, with so few opportunities to demonstrate her talent in the first act.

It is Saria Steel as Lucy Grendle who is blessed with the most thought-provoking character – written as a thoroughly ‘modern’ woman, Steel clearly relishes her role and her charm cannot be understated. Lucy Grendle is a character that Arthur Conan Doyle fans would approve of, given the forward-thinking qualities of Sherlock Holmes himself – she is written completely in the spirit of a Holmesian tale. A jarring line towards the end, however, about how hats can fix all problems, demonstrates the moments of imbalance in the play between the severity of the themes and a desire to convey comedic exuberance. These moments at times undermine the complexity of these female characters.

Regardless of this, Freeman, in collaboration with Ken McClymont’s direction, do well to move us through details of crime scene without the ability to take us there. With designer Mike Leopold and lighting design from Jack Weir, this team have made much of very little. A few genuinely creepy moments as Grendle begins to unravel, mostly effectively done, contribute to a darker turn which might have been better matched by spookier set-design.

Unfortunately, the only moments that rang untrue in this otherwise entertaining production were those that took a jarringly dark turn – coming almost from nowhere, the joviality of the set and the initial ‘fairground’ quality of the music, out of place with such weighty subjects. A lack of commitment to these emotional themes is the play’s only true weakness.

Overall, Sherlock Holmes and the Invisible Thing is a funny, charming play, if a little inconsistent. Serious Arthur Conan Doyle fans will be tickled by this pleasing tale, if perhaps a little disappointed in the lack of rigor of the final twist. This is Sherlock Holmes to be enjoyed in a light-hearted spirit, a thoroughly good night out.

A perplexed Inspector Peacock summons Holmes and Watson to the home of Miss Lucy Grendle, the daughter of the late Alfred Grendle, a man who had a somewhat murky past.

Miss Lucy Grendle has a problem with vodka… and Sherlock Holmes. Their paths have crossed before and it did not end well. Tension is in the air and it is not just because a murderous Invisible Thing is prowling the house.

As the night unfolds, amidst a lethal concoction of a cadaver, origami and alcohol … Sherlock Holmes finally meets his match. 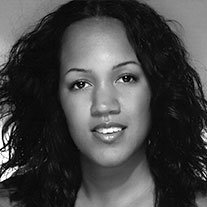 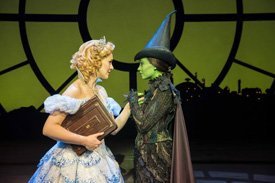 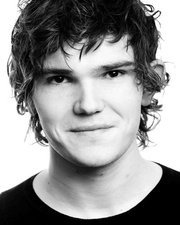