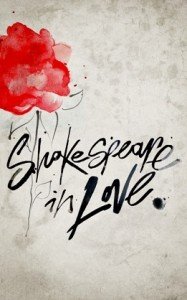 The Walt Disney Company and Sonia Friedman Productions have today announced that a Gala Performance of the stage production of Shakespeare in Love will be held at the Noël Coward Theatre in aid of The Rose Theatre Trust and Chickenshed Theatre.

These theatre charities will share a gift of at least £35,000 from the performance and, additionally, theatregoers who book tickets for the world premiere production at the Noël Coward Theatre until September 2014 will be invited to donate £2 per ticket to be shared evenly between the charities.

The two charities were chosen to reflect both the history of the production and to celebrate a bright theatrical future.

The Rose Theatre Trust is a charity set up to protect, investigate and make publically available the site of the Rose Theatre on Bankside. The Rose is the setting for Shakespeare in Love. Built in 1587, this theatre was the first purpose-built playhouse on bank-side to stage a production of any of Shakespeare’s plays. When the Rose was discovered in 1989, The Trust successfully delayed construction and negotiated a re-design of the proposed new building and is now largely devoted to preparing to excavate the complete site and ensure the remains are put on display as a permanent resource for the public.

“All monies will go to the Rose Theatre Trust to ensure that our ’Rose Revealed’ project can be undertaken on the site. This project will include the excavation of the as yet un-explored eastern third of the playhouse, the installation of a long term conservation regime to protect the fragile remains and a programme of architecture and design which will return the Elizabethan Rose to the public, both as a cultural monument open and explicable to all and as a place of entertainment, thus becoming a vital component of the newly renovated Bankside of the Second Elizabethan Age.”
Harvey Sheldon, Chair, Rose Theatre Trust

Chickenshed is an inclusive theatre company that marks its 40th anniversary in 2014. Its mission is to create entertaining and outstanding theatre that celebrates diversity and inspires positive change. Primarily based at its purpose-built venue in North London, the company creates theatre for all ages and runs successful outreach projects, education courses and membership programmes throughout the year.

“The Gala performance of Shakespeare in Love is an opportunity for us to reflect on and celebrate the achievements of the last 40 years, while marking our significant Birthday in style. The donations from this extraordinary opportunity will be invested carefully and wisely – and for the benefit of those who need Chickenshed most – to help us to continue to provide inclusive opportunities for young people in London, the regions and, increasingly, around the world.”
Jo Collins MBE, Co-Founder of Chickenshed 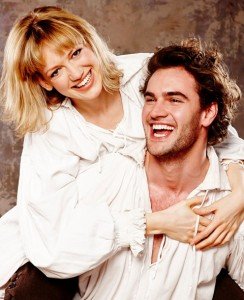 Rehearsals are currently underway for the World Premiere stage adaptation of Shakespeare in Love, bringing together one of the largest companies ever assembled for a play in the West End. The 28-strong cast includes a number of young actors and actor-musicians who will be making their professional debuts.

Produced by Disney and Sonia Friedman Productions and based on the Academy Award®-winning screenplay by Marc Norman and Tom Stoppard, Shakespeare in Love has been adapted for the stage by Lee Hall (Billy Elliot). Featuring a company of 28 actors and musicians plus two dogs, this new play will be directed by Declan Donnellan and designed by Nick Ormerod, the driving force behind the world-renowned theatre company, Cheek by Jowl.

Shakespeare in Love has its world premiere at the Noël Coward Theatre on Wednesday 23 July 2014, with previews from 2 July. 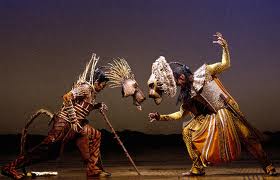