Sometimes we get into a rut. This is especially true in a work environment where doing things a certain way because they always have been done that way is a common method of operating. And then someone new arrives in the office and starts questioning things, maybe offering alternative ways of doing the same thing to increase efficiency or sales. That’s what is about to occur in Roller Diner, the professional debut of Birmingham writer Stephen Jackson and the winner of Soho Theatre’s prestigious Verity Bargate Award for new writing.

The Roller Diner of the title is in Birmingham and owned by Eddie Costello (Joe Dixon). It is a bit run down – well let’s be honest, it’s a dive – and Eddie really doesn’t seem to be that interested in it. He leaves the day to day running of the diner to his daughter Chantel (Lucie Shorthouse) who runs the place with a rod of iron. The food, cooked by ‘chef’, well burger flipper PJ (Ricky Oakley) is pretty dire and the diner is barely surviving. Then, one day the door opens and in walks glamorous Polish emigre Marika (Lucy McCormick) who tells everyone she is a ‘super duper’ waitress and promises Eddie that, given two weeks, she can transform the diner. Marika is so confident of her abilities that she offers to take no salary during the two weeks, as long as the diner feeds her. Is Marika everything she seems and will her changes have a profound effect on Eddie, Chantel, PJ, waitress Jean (Rina Fatania) and the diner’s very strange regular customer (David Thaxton).

Cards on the table, I really did not like Roller Diner from the start. Stephen Jackson’s book is too convoluted and, seems to have had virtually everything bar the kitchen sink thrown in. There is love – both requited and unrequited – lust, deception, local and international gangs, prostitution, cheating, lying, a mutilated dog, a Brexit riot, casual racism, misogyny and, as that lot wasn’t enough, there is intergalactic space travel and possible mental illness in the mix. The first act was stronger than the second and the second wandered off all over the place introducing various new and more improbable elements. Whilst there were some good songs in the show, many seemed very short and some felt half finished in the way they ended.

Turning to the performance itself, and, I really think the cast made a great job of the script they had been given. There were some excellent singing voices on display – particularly Ricky Oakley and Rina Fatania – and the acting itself was pretty good throughout. Steve Marmion directs with aplomb and the set – designed by Anthony Lamble – really manages to capture the look and feel of an English attempt to recreate an American diner, as do the costumes for the waitresses. which are very ‘happy days’ in their style and colouring.

It feels odd that I didn’t enjoy Roller Diner. On paper it should be perfect for a lover of musical theatre such as me yet somehow, I never really connected with the show. I realise that this may put me at odds with others – after all this show is already award-winning – but I just didn’t feel the production at all. My normal measures of how I feel about a show is the feeling as I leave the theatre and whether I want to know what happened next. I’m afraid on both Roller Diner failed the test. If anything, I was left with that awful feeling that maybe I had missed something profound and life changing. The annoying thing is that the cast and production team were first rate and this was a case when, for me, the show just let them down.

A theatrical jukebox with songs, sexual tension and failed dreams… all served with extra ketchup
Welcome to Eddie Costello’s Roller Diner – a faded Brummie beacon of a deep fried American dream. The staff can’t skate and there’s a whiff of burnt sausages and disappointment.

So when new waitress Marika arrives from somewhere foreign looking for a slice of a better life, hearts are set alight in a fiery recipe of love, jealousy and murder.

A savage sweet musical comedy, it opens up the heart of middle England and the universal search for a place to call home. 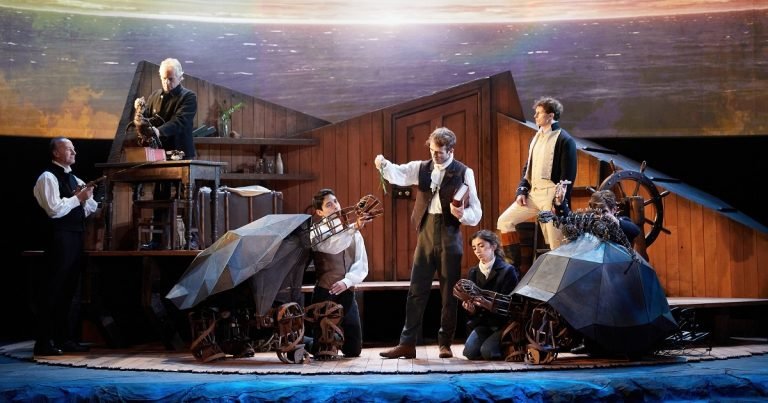 Just by googling Charles Darwin (1809-1882) – other search engines are available – the famous image of the scientist is evident: the sober look of a wise, bearded man with decades of accumulated knowledge. The Wider Earth could have chosen to capitalise on that familiar picture, and while some later arguments and counter-arguments about his… 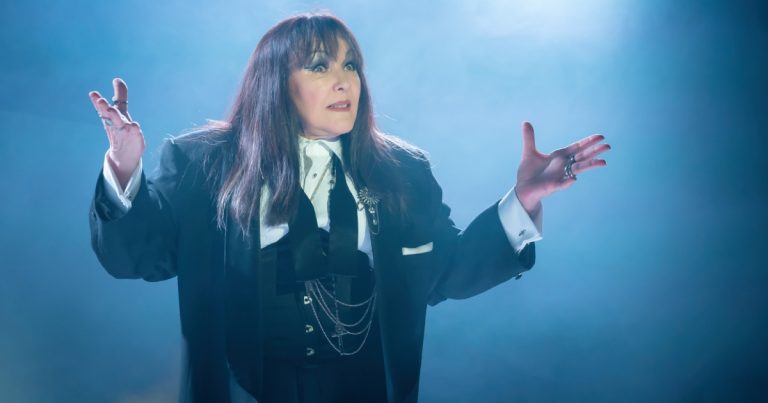 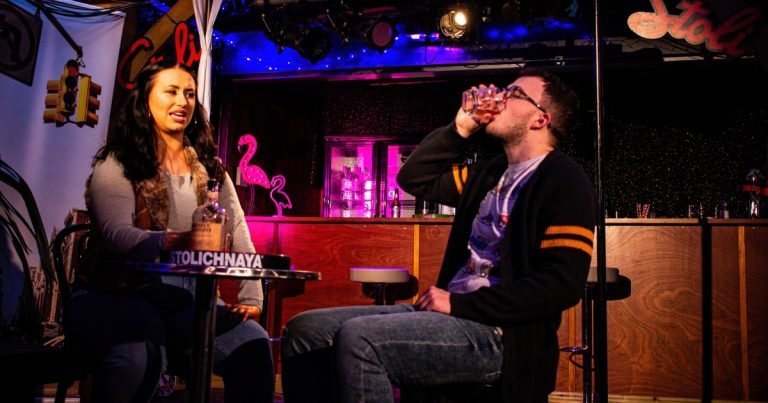