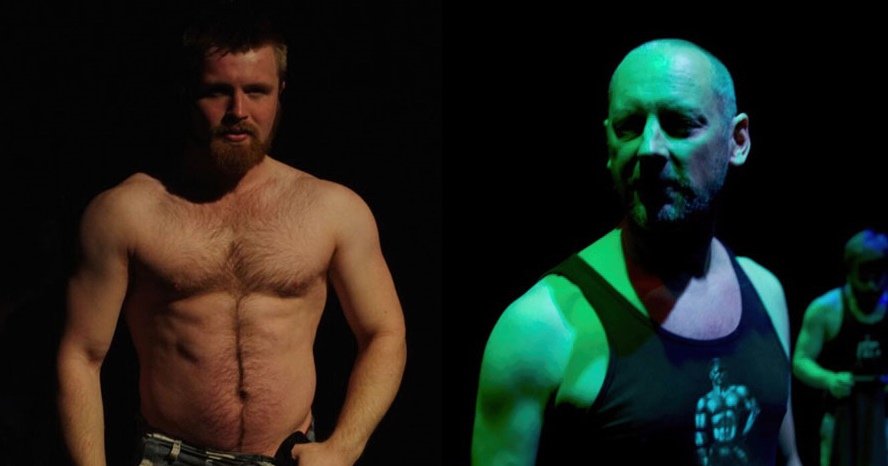 The classic tale of romance in the face of adversity is given a shakedown and reimagining in Stage Write’s new production; Play Something.

Flying in the face of ‘boy meets girl’ with *insert disastrous situation/consequence here* before a series of unexpected events sorts everything out paving the way for some variety of ‘happily ever after’, Play Something takes us on an alternative journey a little more along the lines of; boy meets boy in underground sex club, they lead a merry dance of ‘on again, off again’ and never really acknowledge their true affection for each other until they sort of get together and then after a heated row don’t see each other again for many years until they meet by chance and get together properly for their twilight years.

Of course, it’s nowhere near as simple as that and this piece is presented in a reassuringly honest way that can be lacking in LGBT+ pieces. It does have some of the hallmarks of the ‘traditional’ style romance though and in 60 minutes, Stage Write takes us through heady youth, mellow middle age and beyond without worrying about filling in all the gaps but more effectively choosing to hit the ‘headlines’ only.

Each scene has an association with a song and the production consistently features two centre stage actors and three supporting cast. As we begin, the lead is taken by the two younger actors, Jacko Pook and Ben Maytham, and the transition between scenes is narrated by Matt Bradbury and Shane Whitworth in a manner reminiscent of a couple recanting a tale at a dinner party (“the next one is ‘x’”, “no it isn’t, it’s ‘y’, you always forget this one”. As the story moves through the characters’ lives, the pairs switch, and the passage of time is given a distinct representation onstage.

The transition works well. The interjection of the supporting pair is charming and either adds to or in some cases sets the tone for each scene. At certain key points, the older characters move to their younger counterparts to offer support or to interject in a more direct way and these are powerful statements highlighting the emotive nature of the event. A clever technique used well alongside high-quality acting.

This attention to detail doesn’t seem to stretch to props, however, and there is what could be considered a lack of effort in the staging. Real glasses to drink from and actual phones to put numbers in would have been an improvement to me and shown that little extra commitment to the production but I know it is equally considered that too much reality onstage can detract from a production so, benefit of the doubt, it could well be a deliberately employed technique.

The fifth cast member is the ever-present Clair Lois Walkinshaw playing the part of the DJ, spinning the songs that form the snapshots of time and with calls such as ‘play the one to fall in love’, these interjections of songs are another powerful emotive device. In some instances, the music masks an argument or a scene that would otherwise be difficult to do justice and as a tried and tested technique, these Stingers are, to me, a success.

This is the story of two men who fall in love. It isn’t simple, and it doesn’t go well much of the time. It’s an honest and raw tale. It’s as close to my understanding of the not too distant past and the daily struggles with acceptance and belonging people used to suffer. There will be laughs. There may, as I’ve seen, be tears. I think Play Something has an important message for all of us; it is possible to accept yourself, love yourself, love others and, allow them to love you.

Following a highly successful run at the Edinburgh Fringe Festival 2017, Stage Write present their acclaimed LGBT show about love, sex and music- the songs of our lives.

“Side One, track two. That song is about me.”
From beginning to end, M and F tell you the story of their love, and ask the DJ to Play Something.

Something to make love to, to split up to, to celebrate, to cry, and to play the Forever Song. They are the songs of all of us. Covering decades, younger become older and the play becomes the story of everyone who has loved, lost, and loved again, and had Our Song.